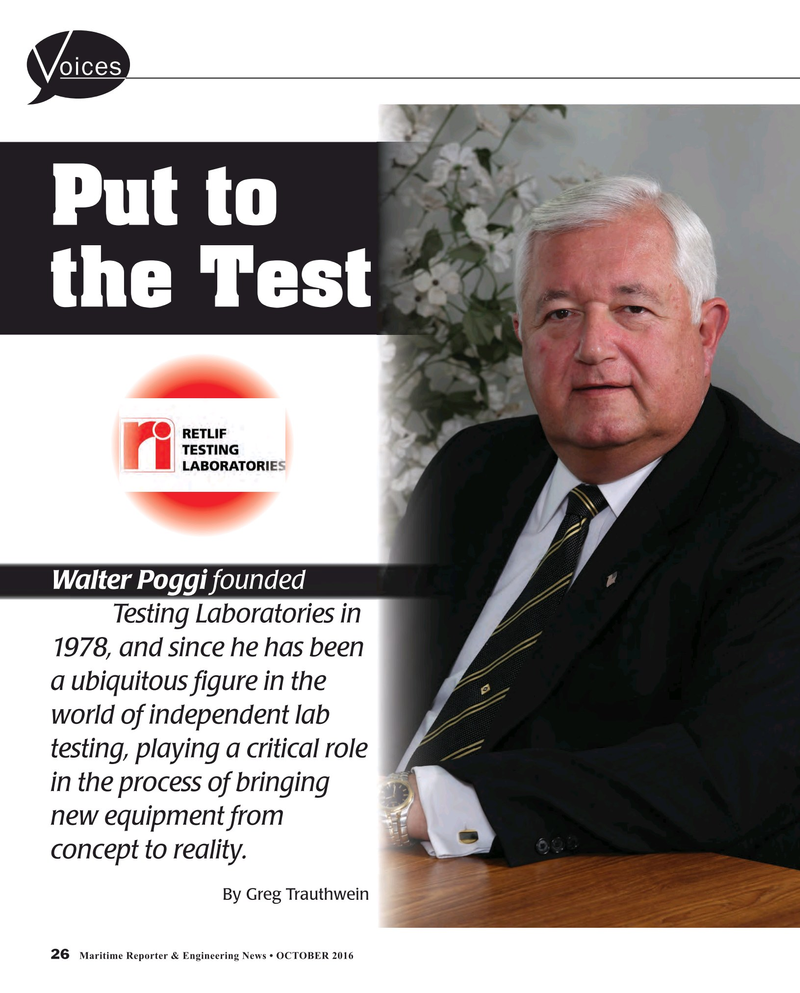 Put to the Test

Retlif Testing Laboratories in 1978, and since he has been a ubiquitous ? gure in the world of independent lab testing, playing a critical role in the process of bringing new equipment from concept to reality.