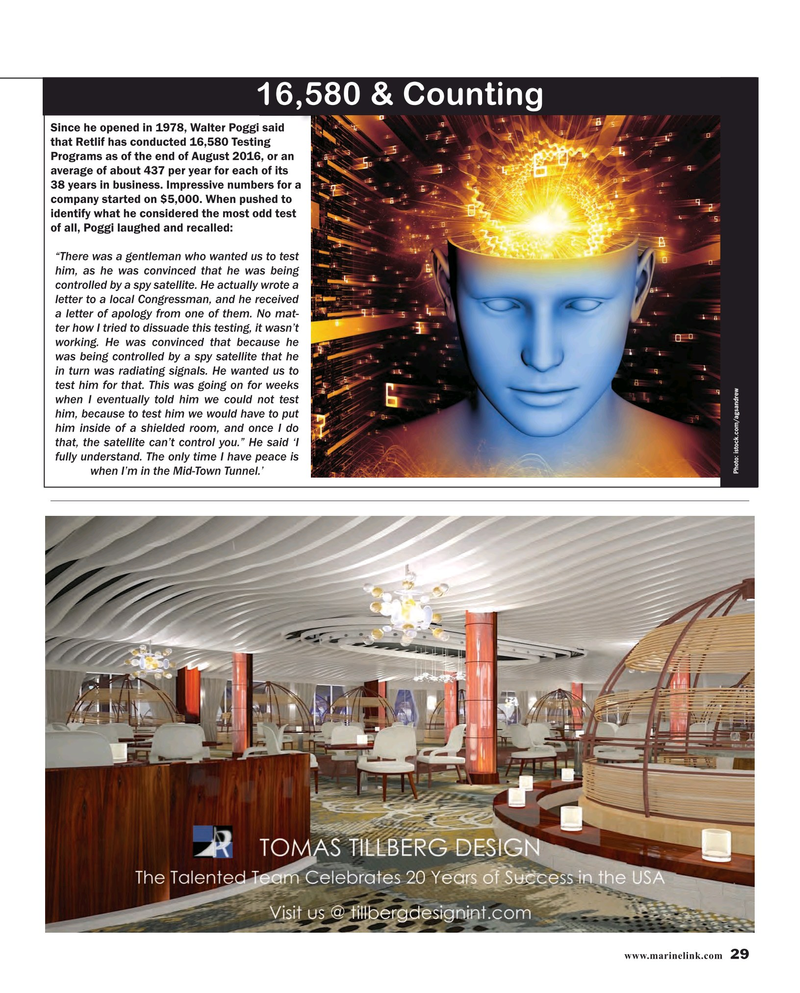 Programs as of the end of August 2016, or an average of about 437 per year for each of its 38 years in business. Impressive numbers for a company started on $5,000. When pushed to identify what he considered the most odd test of all, Poggi laughed and recalled: “There was a gentleman who wanted us to test him, as he was convinced that he was being controlled by a spy satellite. He actually wrote a letter to a local Congressman, and he received a letter of apology from one of them. No mat- ter how I tried to dissuade this testing, it wasn’t working. He was convinced that because he was being controlled by a spy satellite that he in turn was radiating signals. He wanted us to test him for that. This was going on for weeks when I eventually told him we could not test him, because to test him we would have to put him inside of a shielded room, and once I do that, the satellite can’t control you.” He said ‘I fully understand. The only time I have peace is