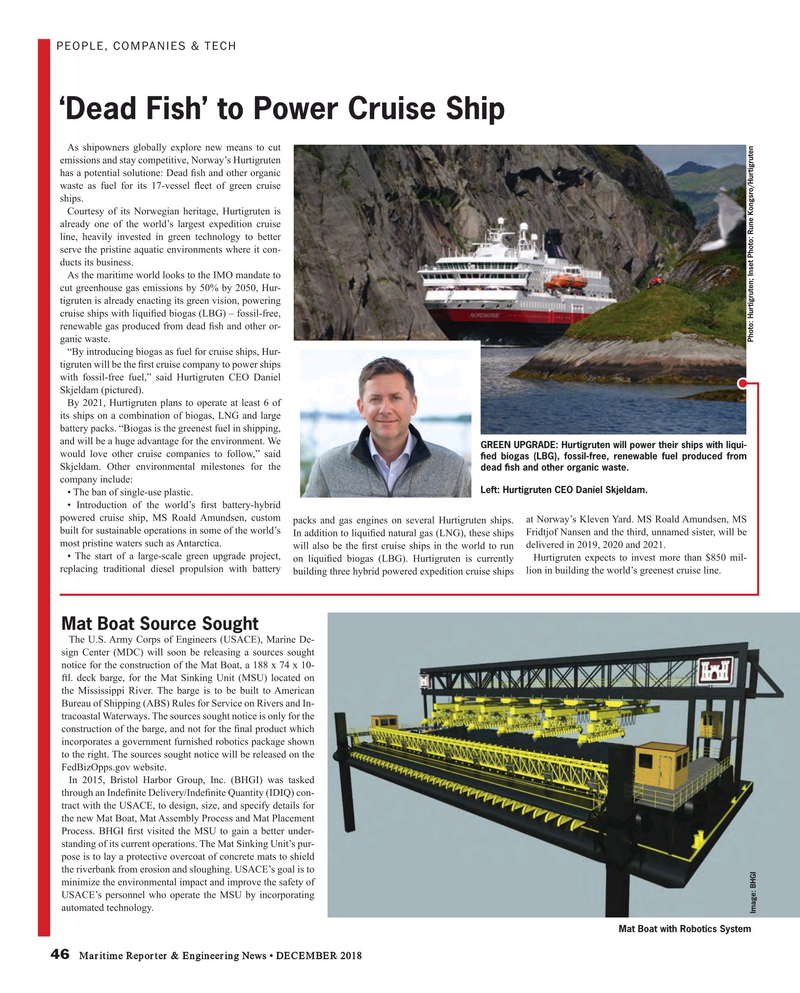 As shipowners globally explore new means to cut emissions and stay competitive, Norway’s Hurtigruten has a potential solutione: Dead ? sh and other organic waste as fuel for its 17-vessel ? eet of green cruise ships.

Courtesy of its Norwegian heritage, Hurtigruten is already one of the world’s largest expedition cruise line, heavily invested in green technology to better serve the pristine aquatic environments where it con- ducts its business.

As the maritime world looks to the IMO mandate to cut greenhouse gas emissions by 50% by 2050, Hur- tigruten is already enacting its green vision, powering cruise ships with liqui? ed biogas (LBG) – fossil-free, renewable gas produced from dead ? sh and other or-

“By introducing biogas as fuel for cruise ships, Hur- tigruten will be the ? rst cruise company to power ships with fossil-free fuel,” said Hurtigruten CEO Daniel

By 2021, Hurtigruten plans to operate at least 6 of its ships on a combination of biogas, LNG and large battery packs. “Biogas is the greenest fuel in shipping, and will be a huge advantage for the environment. We

GREEN UPGRADE: Hurtigruten will power their ships with liqui- would love other cruise companies to follow,” said