Maritime History: Columbia Lighting the World; How Classification Can Make a Difference

I don’t remember when I discovered that the first application of lightbulbs occurred at sea rather than ashore. But when I dug a little deeper into the subject recently, I came across an interesting set of coincidences that shows how innovation often relies on simply doing, rather than endlessly talking about it.

After Thomas Edison managed to make sufficient improvements to the lightbulb concept to have it show commercial viability in late 1879, he ended up in a chicken and egg conundrum.

On New Year’s Eve 1879, Edison decided to demonstrate his improved lightbulb at his New Year’s Eve party, which was attended by Henry Villard, President of the Oregon Railroad and Navigation Company. Mr. Villard saw the light (pun intended) right away, not for his house or some other land-based application, but, instead, for his new steamer, the SS Columbia that was under construction in Chester, Pennsylvania.

I have no record of Mr. Villard’s thinking, but if he were familiar with passenger ship operation at all, he knew that lighting was a major nuisance, risk and manpower drain aboard ships. Every light in every cabin, passageway and workspace consisted of oil lamps. These lamps needed to be lit, wicked, refilled and doused by crew every night and they smoked, smelled and were a fire hazard. Aboard a ship the addition of an electrical power generator in the engine room would be an almost trivial investment and could be easily managed by the propulsion plant crew during normal watch standing. Villard had found the killer app for lightbulbs.

He very quickly ordered an Edison lighting system for installation on the new vessel. Thomas Edison accepted the order, but reportedly was not terribly enthusiastic about it. I have not been able to establish why, but these lightbulbs were quite delicate and, quite possibly, he was concerned that the ship movement would damage them and damage the reputation of the new system. Still, somehow, Edison agreed, but then the ship builder, John Roach, refused to install the system thinking it was a fire hazard for which he did not want to take the risk. 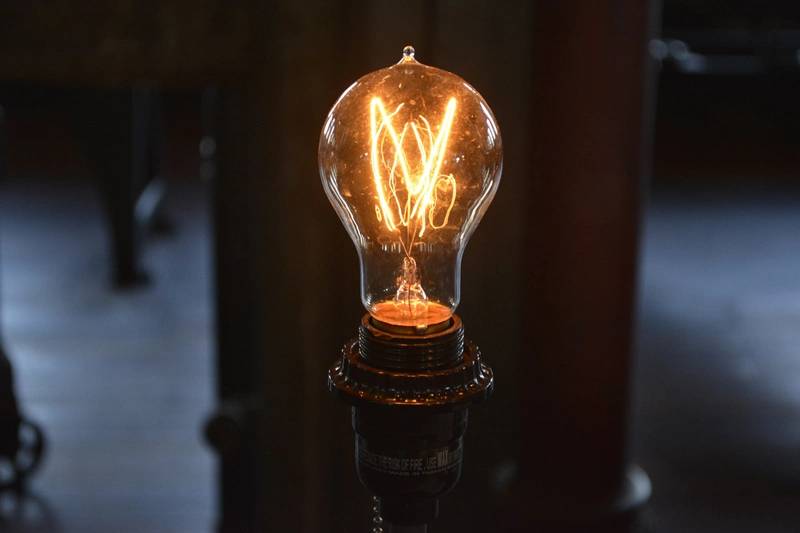 It was also rumored that the vessel would not be able to obtain insurance, but this was being dealt with by building to class rules both to BV and the American Ship Master’s Association rules, the forerunner for ABS. A big player at the American Ship Master’s Association was Francis A. Martin who joined the Board of Captains in 1875 and was the Chief Examiner and New York City surveyor for underwriters. (He is the Martin in my company’s name.)

In those days the rules did not have any discussion of electrical systems (or steam engines) at all, but somehow these classification societies, or at least ASA, went along since our 1888 record shows the Columbia as fully classed. Noting that risk assessment was always part of classification, the classification society might have taken a more rational approach than John Roach. It is reported the vessel would still carry oil lamps and if the system failed, oil lamps could take their place. (I still own a WWII era marine style emergency oil lamp, which was carried for that purpose) With regard to fire risk, it would not have been difficult to figure out that there is no strong increase in risk from electric light as compared to open flame.

The actual design consisted of four steam engine driven dynamos (DC generators). Three of the dynamos powered the lights and the fourth functioned as a field exciter for the other three. Each dynamo was later described as a 6 kW unit. Each dynamo could power 60 light bulbs (so these bulbs were about 100W each) and the vessel was fitted with 120 lightbulbs, mostly in the common rooms and the staterooms. (There also were lights in the engine room, which the engineers used to adjust the voltage to get the proper light output.) The system was fused with lead fuses and there were light switches for each light. However, the light switches were fitted in locked boxes and only the stewards could turn lights on and off at the request of passengers. (Just like when I was a young engineer, and only the copy machine operator was allowed to push the copy button on the copy machine)

Since Roach did not want to install the lighting system, the vessel had been shifted to the foot of Wall street in downtown Manhattan in late February 1880, where the system was installed by Edison men. The system was running by the end of April and became a shore side attraction for the next few days being the only electric lighting system outside of the Edison lab in Menlo Park. We have no record of it, but it is highly unlikely that Francis A. Martin did not stop by for a visit with his office only being a few hundred yards away.

The vessel departed on May 4, 1880 around the Horn to the West Coast where she arrived without any electrical (or other) problems and the system ran (with upgrades) until the vessel was sunk with loss of life in a collision in 1907. The most remarkable aspect of the whole system was that it simply ran without any problems. Based on this, electrical lighting was adopted on other vessels incredibly quickly, and was readily adopted into the larger maritime commercial context due to classification. This was all long before Edison felt he needed to electrocute elephants to make weird shore based electrical arguments about safety.

Since we have lived with this technology for almost a century and a half, this project may seem so simple today, but it really was a tremendous advance that came together in just a few months.  It needs to be remembered that it only happened because the right people showed up at the right time. I can think of dozens of innovations that I have been personally involved in that simply never got past “go” due to a doubter or naysayer (or a worse, a cabal of naysayers), whether at the regulatory, the manufacturing, the insurance or the finance level, who could not be moved regardless of the technical evidence provided. Such innovation poison is difficult to deal with, and really only can be solved by finding ways to get around the doubters and naysayers, which happened with the SS Columbia lighting system.

For each column I write, MREN has agreed to make a small donation to an organization of my choice. For this column I nominate the National Maritime Historical Society https://seahistory.org/ 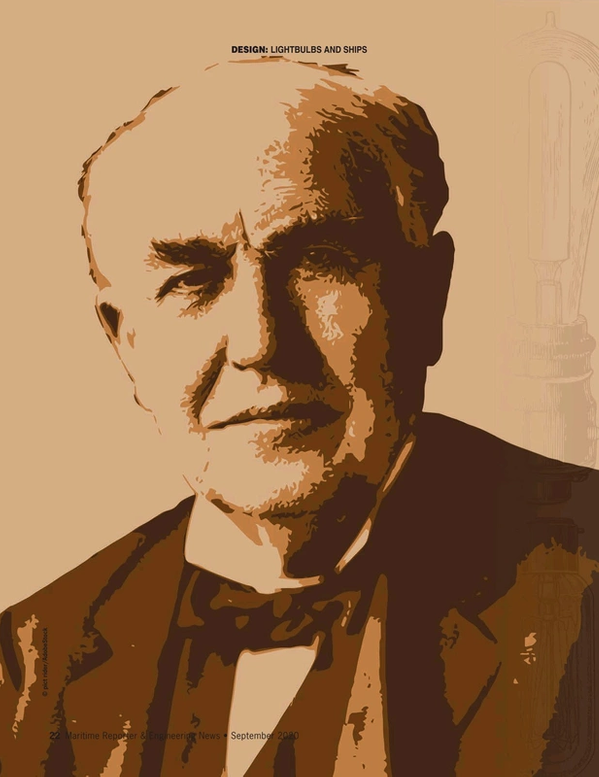 Read Maritime History: Columbia Lighting the World; How Classification Can Make a Difference in Pdf, Flash or Html5 edition of September 2020 Maritime Reporter