Gregory Darling and Applied Satellite Technology (AST) works with shipowners to help them use their bandwidth more efficiently for ship business and crew needs.

When Gregory Darling, Group MD, AST, worked in the marine industry in the 1980s with a marine survey company, he needed to get word to one of his ships off of West Africa to recalibrate its course and head off to a new job. But the ship had left port, and radio calls to the ship went unanswered, resulting in two days of lost time and revenue.

“That was frustrating and costly,” Darling said, who then tasked himself with buying a satellite connection. “I bought a Magnavox 2400 that cost $35,000. That was just a phone so that we could better manager our ship in West Africa. But I found it to be expensive, I found it difficult to use and we were even billed in ‘SDR’s,’ which were ‘Special Drawing Rights’ … I didn’t even know what Special Drawing Rights were. So I was confused, and I surmised that if I was confused, there was an opportunity.” That was when the seeds were sown, and in 1992 he started AST to apply satellite technology to help maritime solve problems.

Making the Connection; Enhancing the Service

“It’s not just the equipment, it’s not just the connectivity, it’s also what we call our value-added services,” said Darling. “The way in which the data is delivered is becoming increasingly important. Very simply, we are a remote internet company and 70% of our business is in the marine sector,” which in itself generates a turnover between $60-$70 million per year.

Those solutions depend on the client’s need. “It depends on priorities; we have developed a number of tools that help us deliver the operational efficiency that ship owners and managers need, from crew welfare to the digitalization of ships,” said Darling. “There are a whole new (and ever changing) range of new needs that require resolution.”

To deliver the service, AST enhanced its own pipeline with a terrestrial network to augment the satellite-based connections, giving AST better control, end-to-end, of its service and solutions. “On top of that, we need to see what’s going on and intelligently control it,” said Darling. AST helps its customers maintain control via its software solution, Integra See. Recently one of AST’s customer’s vessels was experiencing slower than expected speeds to and from its on-board communications systems.

Many vessel owners are unaware that mobile devices automatically download updates to programs/operating systems and auto-sync photos/videos in the background; a convenient feature at home when connected to an unlimited ‘SuperFiber’ broadband package, but not efficient when offshore using satellite. The vessel operator logged into myastportal and via the INTEGRA See service, was able to pinpoint a singular encrypted application which was consuming unusually high amounts of bandwidth. INTEGRA’s deep packet inspection enabled Apple Photo Stream to be recognized as the culprit and using the INTEGRA Control service, the vessel operator was able to block the application and restore normality to the vessel’s satellite communications. “So if someone is spending an inordinate amount of time on Candy Crush, or some other wasteful app, then it can just be cut out,” said Darling. “Twenty to 25% of the traffic we see on ships at sea is rubbish; if you can cut the rubbish, you’ll save money because you won’t need so much bandwidth.” 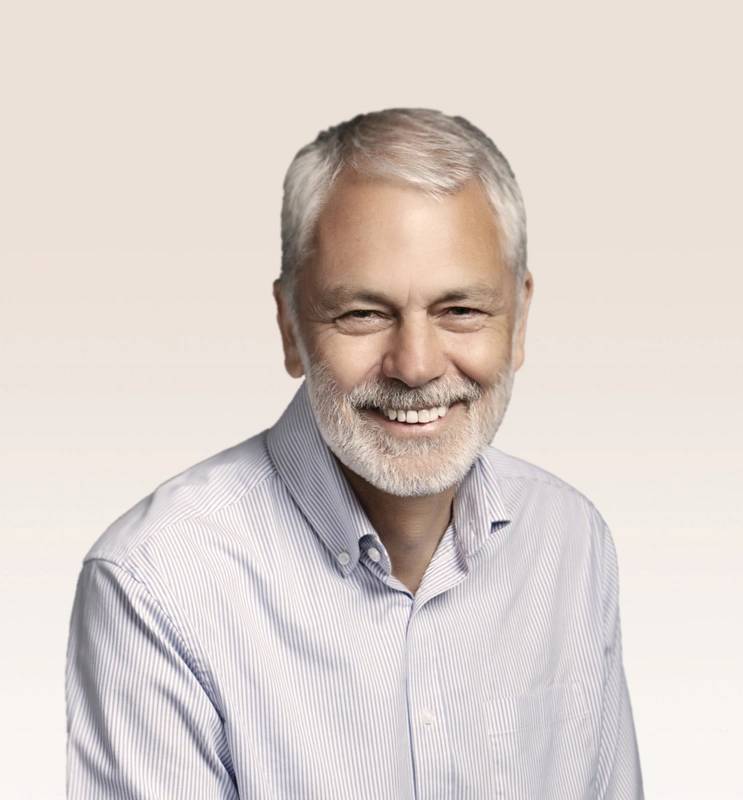 “So if someone is spending an inordinate amount of time on Candy Crush, or some other wasteful app, then it can just be cut out. 20-25% of the traffic we see on ships at sea is rubbish; if you can cut the rubbish, you’ll save money because you won’t need so much bandwidth.”
Gregory Darling, Group MD, AST

Darling is not one to mince words, and in discussing the differing needs across the maritime spectrum he references a client that had the requirement to provide communications to its Far East based fleet of 700 shipping vessels. “This was the bottom end, but they wanted the lowest cost to provide communications amongst themselves, so we provided Iridium handsets and some sticky tape!”

At the other end of the spectrum are the large modern fleets, and AST has a full set of solutions to provide creative set hardware and service solutions which includes VSAT, VSAT fail over, GSM integration, voice service, a range of technology to meet their specific needs. “We’re small but beautifully formed,” Darling said. “Our target market is vessel owners that need tailored solutions to meet a particular need. No two companies have the same need, and in fact you can’t just say ‘marine’ because marine can be a canoe, it can be a cruise ship and everything in between. We are looking for companies that want to improve their efficiency, companies that want to understand how they can benefit from digitalization, how they can from good crew communications to how they can monitor their cargo and machinery. That’s where the opportunity is for us, as we have many tools in the toolbox. Our job is to match capabilities with needs.”

The current COVID-19 pandemic has provided a number of challenges, as many companies put a hard-stop on spending from the outset to evaluate the market and its direction. From a company perspective, Darling said his team was prepared in advance to work remotely and deliver service, which he says has been done 24/7 without a hiccup.

While this business (and life) interruption event has caused pain and disruption that transcend geographic and industry boundaries, Darling sees some trends, including increased uptake in digital solutions, that could provide the theoretical ‘silver lining.’ “I think remote monitoring to inspect equipment, rather than sending in a tech, that will happen more and more, saving cost and increasing the efficiency of connectivity,” said Darling. “Also the crew will expect more connectivity to home.” 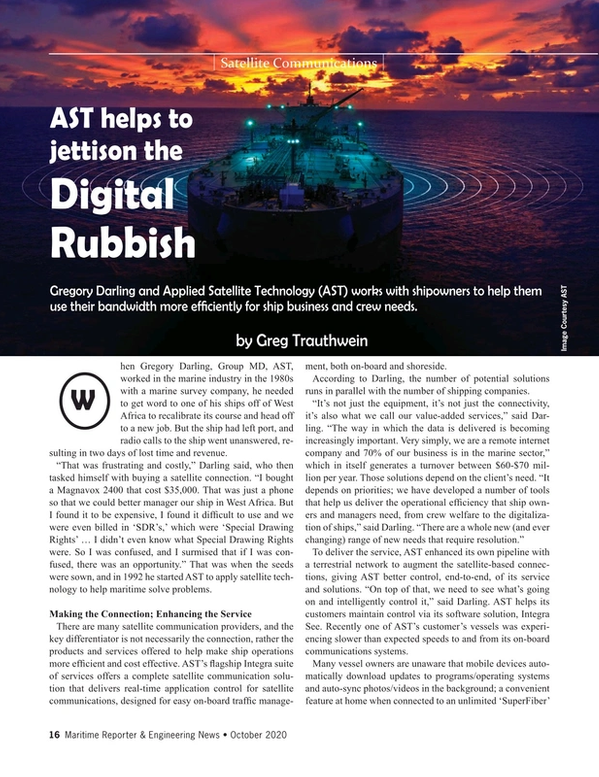