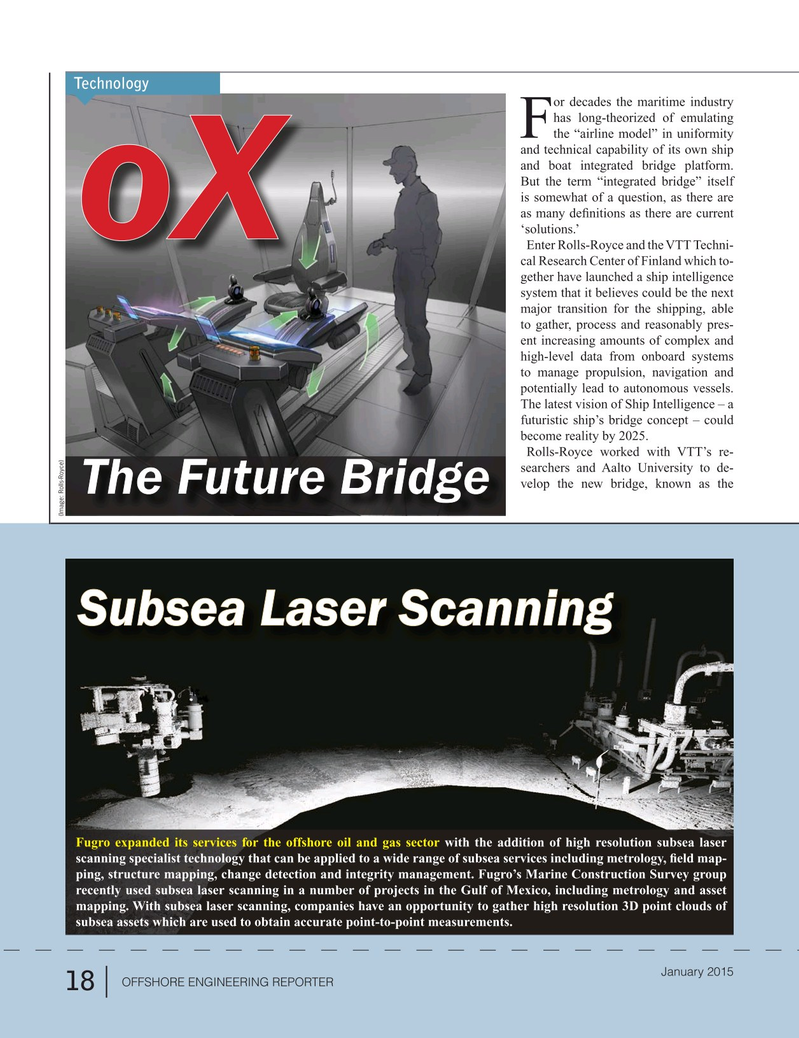 Technology or decades the maritime industry has long-theorized of emulating

Fthe “airline model” in uniformity and technical capability of its own ship and boat integrated bridge platform.

But the term “integrated bridge” itself is somewhat of a question, as there are as many defnitions as there are current ‘solutions.’ oX

Enter Rolls-Royce and the VTT Techni- cal Research Center of Finland which to- gether have launched a ship intelligence system that it believes could be the next major transition for the shipping, able to gather, process and reasonably pres- ent increasing amounts of complex and high-level data from onboard systems to manage propulsion, navigation and potentially lead to autonomous vessels.

The latest vision of Ship Intelligence – a futuristic ship’s bridge concept – could become reality by 2025.

Rolls-Royce worked with VTT’s re- searchers and Aalto University to de- velop the new bridge, known as the

Fugro expanded its services for the offshore oil and gas sector with the addition of high resolution subsea laser scanning specialist technology that can be applied to a wide range of subsea services including metrology, feld map- ping, structure mapping, change detection and integrity management. Fugro’s Marine Construction Survey group recently used subsea laser scanning in a number of projects in the Gulf of Mexico, including metrology and asset mapping. With subsea laser scanning, companies have an opportunity to gather high resolution 3D point clouds of subsea assets which are used to obtain accurate point-to-point measurements.