Brexit: What’s in Store for the Subsea Sector?

The UK subsea industry has grown by 40% over the past three years and now holds almost half of the global market. The EU referendum has plunged the industry into uncertainty and the UK must now wait to see how June’s historic vote shapes the future of one of its fastest growing sectors. The interconnected nature of subsea, renewables and offshore activities makes predicting impacts even more difficult as the market attempts to understand the challenges, and possible opportunities, ahead. 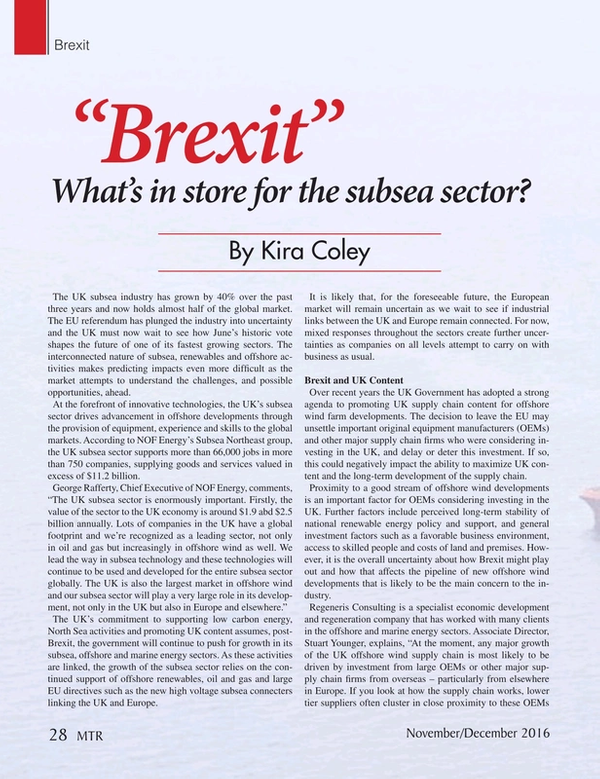 Read Brexit: What’s in Store for the Subsea Sector? in Pdf, Flash or Html5 edition of November 2016 Marine Technology