The development of AUVs capable of being launched from FPSOs or actually being docked at the seafloor next to the subsea systems has been an industry goal for some years and offers a solution to two major problems: making deepwater subsea inspection become a simple task and decreasing the related costs. MTR’s correspondent in Brazil spoke to Rosane Zagatti, BG Group’s Subsea Technology Manager, about its FlatFish AUV project, which promises to bring solutions to deepwater infrastructure inspection challenges. 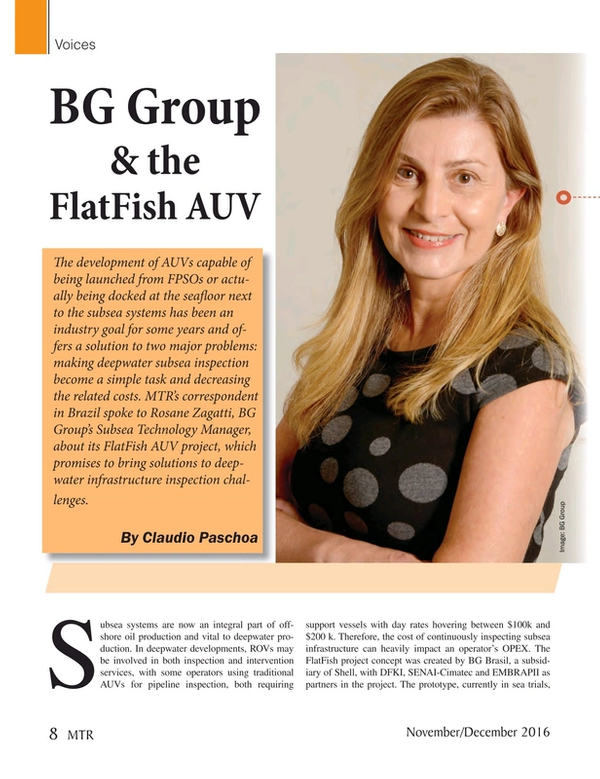