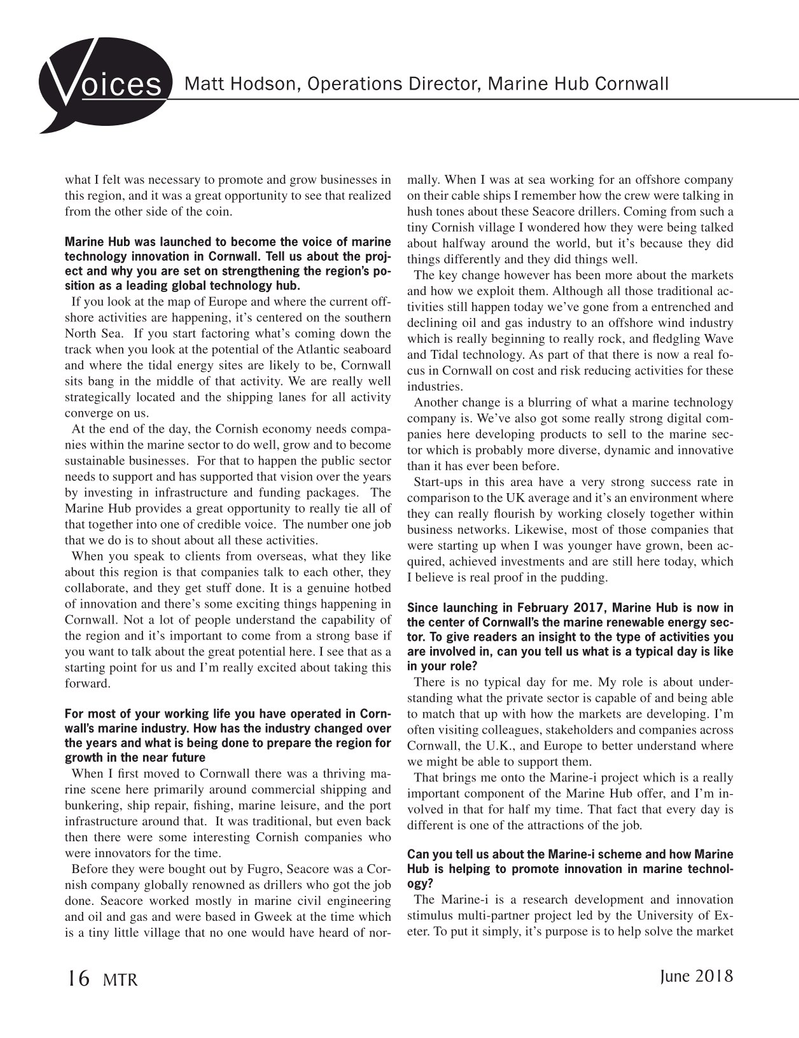 Matt Hodson, Operations Director, Marine Hub Cornwall oices what I felt was necessary to promote and grow businesses in mally. When I was at sea working for an offshore company this region, and it was a great opportunity to see that realized on their cable ships I remember how the crew were talking in from the other side of the coin. hush tones about these Seacore drillers. Coming from such a tiny Cornish village I wondered how they were being talked

Marine Hub was launched to become the voice of marine about halfway around the world, but it’s because they did technology innovation in Cornwall. Tell us about the proj- things differently and they did things well. ect and why you are set on strengthening the region’s po-

The key change however has been more about the markets sition as a leading global technology hub.

and how we exploit them. Although all those traditional ac-

If you look at the map of Europe and where the current off- tivities still happen today we’ve gone from a entrenched and shore activities are happening, it’s centered on the southern declining oil and gas industry to an offshore wind industry

North Sea. If you start factoring what’s coming down the which is really beginning to really rock, and