Underwater vehicles communicate, make decisions, and work as a team

The NATO Center for Maritime Research and Experimentation (CMRE) in La Spezia, Italy, is combining smarts and muscle to solve a complex warfighting challenge: finding and destroying mines in the murky waters of the littoral.

CMRE has developed experimental unmanned vehicles for experimentation.  Now it is evolving those vehicles to communicate and cooperate with each other, and to solve problems on their own.

According to CMRE’s director Dr. Catherine Warner, the center is trying to figure out where the unmanned systems best fit into operations, and doing the science to make them better, smarter, interoperable, autonomous, and more effective.

That’s a tall order, but the short answer is that CMRE’s scientists and engineers have adapted existing unmanned vehicles to work as a team.
CMRE developed JANUS, the NATO-standard protocol for communicating between underwater acoustic modems, and the Distributed and Decoupled (D2) Collaborative Autonomy Framework (D2CAF), so a network of unmanned underwater vehicles (UUVs) can talk to each other and work together.  With D2CAF, the team of vehicles shares the processing among the different UUVs, and accompanying “gateway” unmanned surface vehicle (USV) if present, all connected by JANUS.

At the center of the effort is CMRE’s General Dynamics Mission Systems Bluefin-21 unmanned underwater vehicle (UUV), which it has adapted as the Minehunting UUV for Shallow Water Covert Littoral Expeditions (MUSCLE) experimentation platform.

CMRE took advantage of the open architecture and modularity of the Bluefin -21 to equip it with a Thales synthetic aperture sonar (SAS), so it can look at and cover large areas quickly with high resolution. MUSCLE has onboard memory with a digital library of objects to help it conduct automatic target recognition (ATR).  It can recognize and categorize objects in real time, and considers factors such as the quality of data and complexity of the area to determine the threat and level of certainty.  It can then plan its mission to reduce that uncertainty.  And with D2CAF, it can carry out those missions as a team.

For its experimentation, CMRE needed a system that’s robust, sturdy, and reliable.

“That’s exactly what MUSCLE is,” said Rob Been, deputy head of CMRE’s engineering. Division.  “We’ve had the Bluefin-21 for quite a long time. And over the years, with the collaboration of Bluefin, we have made it more modular.” 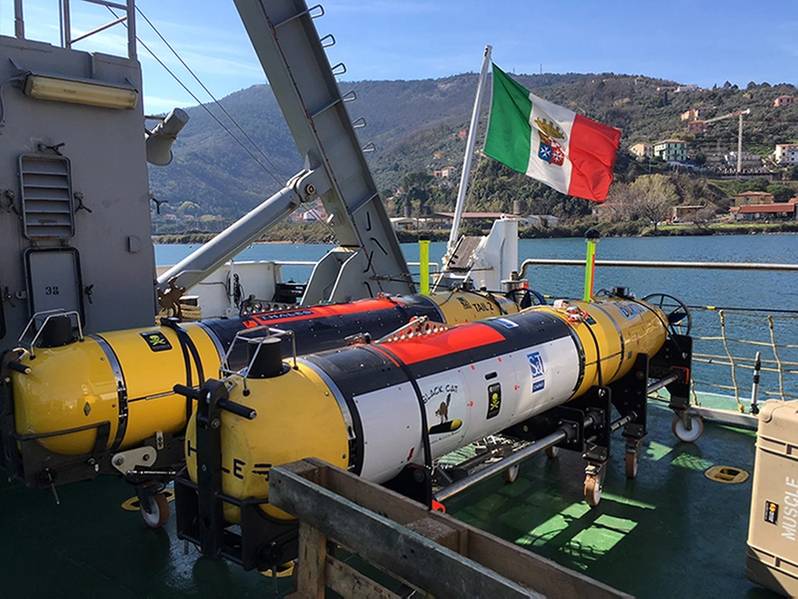 Been said CMRE started off with a Bluefin with an integrated synthetic aperture sonar that had the ability to follow pre-programmed waypoints record data.  “We would have to recover the vehicle and dump the data after each run.  But with the collaboration between our scientists and engineers, you can see what it can do now.  It has both CPUs and GPUs—central processing units and graphical processing units--so it can do a lot of parallel processing.  We have enabled the Bluefin MUSCLE to see underwater in real-time, and thus by looking at the images, determine what to do next.”

Been said MUSCLE can start off with a ‘radiator’ search pattern, and depending on the visibility and the performance of the senor, which is based on the environment at that time, it determines the spacing of the radiator pattern.  “You don’t want to have gaps, so you need to optimize that. The advantage of having that data available and the ability to process that on board is that you can make those decisions in stride, so you can make sure that you don’t have gaps. When it sees something, it uses its underwater acoustic modem to send a message to the gateway buoy and the gateway buoy sends it back to the ship, and they can see the detections in real time. There’s automated target recognition software on board the vehicle so it can determine that it is this type of target, with a degree of probability. If it detects sand ripples, it can optimize its position relative to sand ripple to get a better look.  With collaborative autonomy, it can also task smaller vehicles to go and inspect a series of detections, collecting video feeds, which in turn, also, can be fed back to the ship.”

Dr. Samatha Dugelay, program manager for autonomous naval mine countermeasures at CMRE said the center adapted another Bluefin-21 as a collaborative autonomy test bed—named Black CAT--to demonstrate D2CAF by having MUSCLE and Black CAT work together. MUSCLE has an acoustic Doppler current profiler that detects current direction and velocity, and can reprogram its search patterns to account for currents. Black CAT, which hosts a version of D2CAF and is used for reacquisition, is equipped with a Teledyne Blueview 900 forward-looking sonar (FLS), optical camera, Blueview 2.25MHz multi-beam 3D sonar, and ARIS camera.  CMRE also has a pair of Konsgberg Hydroid REMUS 100 vehicles with sidescan sonar and multi-beam echosounder (MBES) for reacquisition, and an IQUA Robotics SPARUS UUV with ARIS for reacquisition and simulated neutralization.

If MUSCLE cannot communicate directly with one of its collaborating vehicles, it can use the gateway buoy on a USV such as CMRE’s LiquidRobotics WaveGlider, to relay messages from one submerged vehicle to another, or back to the host platform.

“They all can perform different tasks,” Dugelay said.  “For example, MUSCLE goes out, conducts the wide area survey, and finds the detections.  BlackCAT has an optical camera and a forward-looking multi-beam echosounder to conduct reacquisition of the target.  So they are two similar Bluefin vehicles that have been adapted to do different things

“The analysis of what it has seen, and the determination about what needs to be done next by the group of vehicles, is done in-stride onboard the MUSCLE, said Dugelay.  “MUSCLE can determine the risk that there may still be something there that it hasn’t found, and it can develop a compound risk map to either go back to further search an area, or deploy other vehicles, like the Black CAT, to look closer and reduce that risk.”
CMRE conducts in-water testing, and has integrated its systems into operational exercises like Greek ARIADNE Mine Countermeasure Experiment (GAMEX) and the Spanish and Italian Mine Countermeasures Exercises (MINEX).

The center can also leverage its extensive modelling and simulation capabilities to evaluate the collaborative autonomous systems and concepts of operation in various and complex operating environments.

About the Author
Edward Lundquist is a retired U.S. Navy captain who write frequently for Marine Technology Reporter.  He travelled to La Spezia, Italy to report this story. 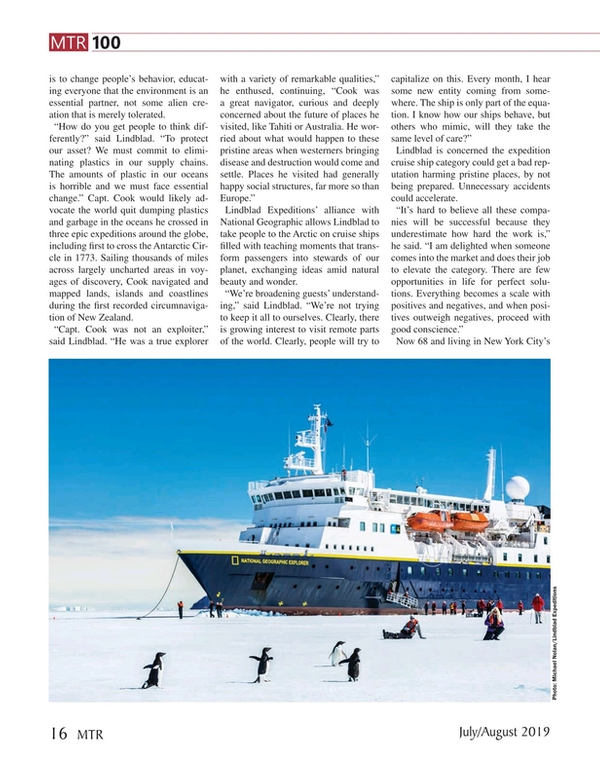