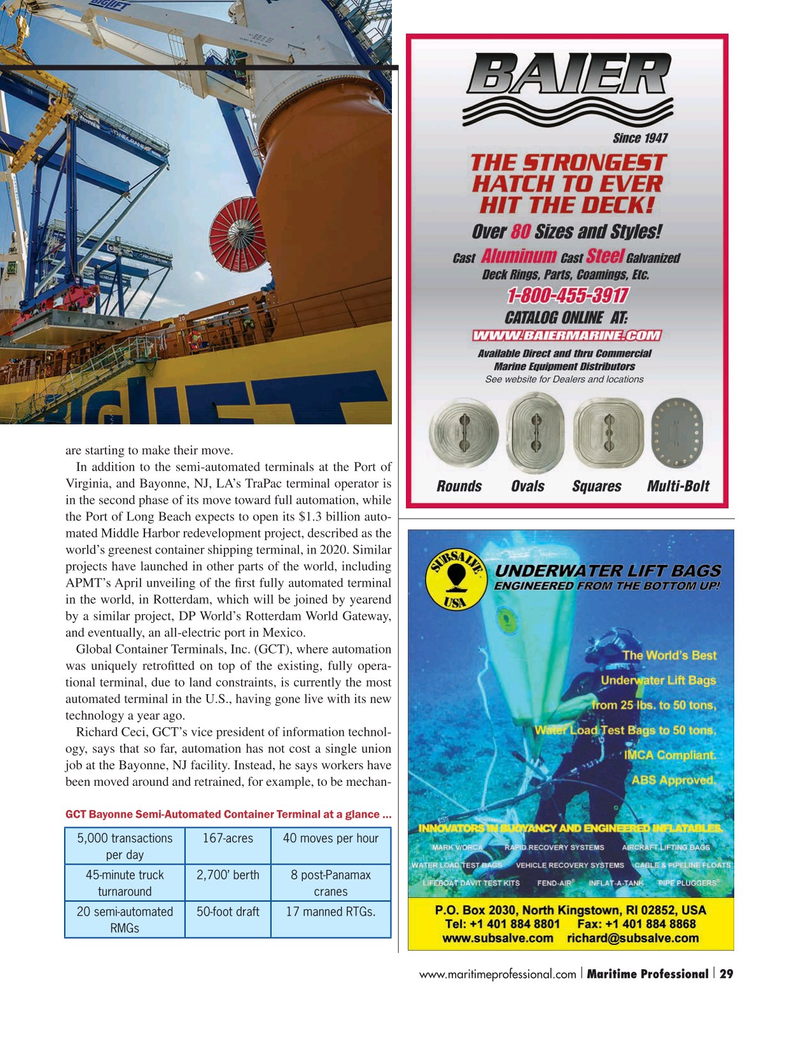 are starting to make their move.

In addition to the semi-automated terminals at the Port of

Virginia, and Bayonne, NJ, LA’s TraPac terminal operator is in the second phase of its move toward full automation, while the Port of Long Beach expects to open its $1.3 billion auto- mated Middle Harbor redevelopment project, described as the world’s greenest container shipping terminal, in 2020. Similar projects have launched in other parts of the world, including

APMT’s April unveiling of the ? rst fully automated terminal in the world, in Rotterdam, which will be joined by yearend by a similar project, DP World’s Rotterdam World Gateway, and eventually, an all-electric port in Mexico.

Global Container Terminals, Inc. (GCT), where automation was uniquely retro? tted on top of the existing, fully opera- tional terminal, due to land constraints, is currently the most automated terminal in the U.S., having gone live with its new technology a year ago.

Richard Ceci, GCT’s vice president of information technol- ogy, says that so far, automation has not cost a single union job at the Bayonne, NJ facility. Instead, he says workers have been moved around and retrained, for example, to be mechan-