The Future of TOS

Can Your Technology Compete in Today's Terminal Operating Landscape? When it comes to terminal automation, ‘failing to plan means planning to fail.’

Automation is not a one-size-fits all solution. And, while future terminal operations will necessarily involve technology and autonomous operations, is it also critical that operations are automated in a way that will best fit a terminal’s size, location and overall needs, meet customers’ changing expectations, while also providing ROI to shareholders. That’s a lot to ask. Nevertheless, it will be the benchmark that all terminals have to meet in order to remain competitive in the global supply chain.

Thomas Rucker is the president of Tideworks Technology, a title he has held since 2017. When it comes to modern terminal operations, Rucker has ‘been there and done that.’ Likewise, the name Tideworks has been a ubiquitous part of the terminal operating system (TOS) landscape since almost the very moment that the concept of introducing technology to the intermodal supply chain was born. The firm’s penetration into its primary market sector is proof enough of that.

Tideworks is one of the bigger TOS providers in industry today. Rucker told MLPro in May, “When we start digging into the details of it, it’s about 350 thousand to 400 thousand users on the TOS. We do have some JV partnership out there in the community systems space which exponentially raises that number. But for Tideworks proper; 100 sites, about 350 thousand to 400 thousand users globally, on every continent, other than Antarctica.” Today, Tideworks boasts deep penetration into the Latin America markets, a lesser presence in Europe, a few sites in Vietnam, and of course, the United States.

TOS & Automation: navigating the interface
Beyond Terminal Operating Systems, the march towards terminal automation is as much driven by safety as it is for better operational efficiencies. For TOS providers, that’s meant navigating the interface between the existing TOS, and the automation that typically follows. Rucker agrees, explaining, “That’s correct. There is a lot of interfacing with third party systems. Ensuring that you have a stable, solid integration platform is the measure of success. You find folks that are dealing with these monolithic style data sources; they can be challenged by integrating with all of these different third party vendors. And, many are moving towards more of these targeting cohesive data sources, and that’s something we’re doing as we modernize our TOS platform. But getting all the data and getting the work flow to work in a more process-driven application is important.”

Rucker continues, “If you think of a conventional terminal that’s not running any automation at all, a lot of these departments within the terminal run in a very ‘siloed’ fashion. As you start automating – whether it’s even semi-automating or completely automating – it’s no longer siloed. The data from one department is so dependent on the next that it has to flow very, very naturally. If those systems are not working in relative harmony, it just falls apart.”

At the heart of automating today’s intermodal terminal, a big part of what a Terminal Operation System does involves marrying siloed data streams. In practice, says Rucker, the complexity of that task depends on the amount of automation. Tideworks attacks the challenge by sending an experienced team of business and process analysts who first look at the scope of what the terminal is looking to accomplish. Next, the Tideworks team maps out a plan.

“We walk through that part with them to ensure that we’re all on the same page because the moment you start writing code, you really need to have that up front piece working well,” explains Rucker, adding for emphasis, “If you mess that piece up, then everything from that point, obviously, is broken.”

Similar to the challenges that ship operators face when setting up remote interfaces between various OEM equipment and technology, the interface between the TOS and what the terminal hopes to run in an autonomous fashion, is quite important. Hence, the TOS must be able to communicate with terminal equipment in the same fashion. To that end, Tideworks works closely with a wide range of terminal equipment providers – from container cranes to reach stackers – to do just that.

“For those vendors that come in and might not have a standardized API, we offer standardized application programming interfaces (API) through our TOS platform. Sometimes those need small modifications; other times, depending on the actual client (the terminal). If they already have a long-standing crane vendor that’s got APIs into other parts of the operation and we’re coming in after the fact, sometimes we have to adhere to their APIs, which we’ve done. We still have a shielded standard API that sits in front of our applications. This ensures that we’re not going to introduce any code that might impact the TOS.”

For the TOS provider, all of that is important. That’s because automation for box terminals isn’t a one-size-fits-all solution. For example, some terminals will automate certain aspects of their terminal; other will try to do all of it.

Rucker agrees, saying, “It really depends to the length in which they want to automate. We have a good case study within CSX and also one in Panama; one with automation in it and one being less automated than the other. But we can cover the gamut in terms of automation: if they want to fully automate, we can do that. Most of the time what we’re seeing is more of a semi-automated facility where they’re looking to automate a certain set of rows, or a certain function, and we handle that.”

Should you Automate Your Terminal?
Tideworks helps terminals determine if automation makes sense, and ultimately assists in selecting an automated solution. For various reasons, however, automation may not make sense for a particular customer. If that’s the case, Rucker insists, the Tideworks team will say so. “It comes back to the beginning of any engagement that Tideworks has with their client. Being born out of an operating company, we have people that have run terminals for many years. Actually, we recruit heavily from the operating units. But we put them on the ground, we go through the operation with the customer, and if they’re in a situation where the investment doesn’t really have an ROI attached to it in terms of what they’re looking for, we’ll recommend that they stay with the conventional operation and that they can reduce their overall exposure to IT and software costs and business risk continuity.”

Rucker adds, “There have been situations where we’ve said, ‘we don’t really think you need to automate. You could, but your ROI is 30 to 40 years out. Is that something that your business partners want to entertain? That’s fine. We’ll be along with you in that journey. But otherwise, we think it’s probably best to stick with a conventional operation.’”

What’s (Driving) Automation?
The case for terminal automation should be compelling and it should emanate from at least one of three drivers. According to TJ Rucker, safety is a big part of that decision process. All operators want all of their personnel to go home at the end of the day. “Any terminal operating company that publishes, or even talks internally about, what they yearly goals might be, you’ll see safety at the very, very top. So safety is absolutely number one.”

Also high on the list is economics. The ever-increasing pressure that the lines are putting on the terminals now with bigger, post-Panamax tonnage, forces terminals to raise their cranes, be more efficient in the yard and do a lot more with the same footprint. Beyond the obvious quest to improve margins, the third driver is ‘predictability.’ Rucker explains further, saying, “Often, people think that they’re going to automate and it’s going save money. It might not – it might displace some of the monies from one side to the other, or you just actually might slow down a little bit, but get some predictability out of it. And depending on if you’re a gateway or a transshipment terminal, there might be some advantages in predictability. Those are the three main factors: safety, economics, and predictability.”

Ultimately, predictability is directly related to economics. As a terminal looks at its book of business, they are also trying to achieve optimal berth utilization. Better predictability through technology is the key. “If you’re very reactive to the schedule, this is where terminals get themselves into trouble. Not only from a service reliability perspective, but also just over-utilizing assets, and eventually costing the terminal too much money. If you can predict what’s going to happen on your terminal with a good amount of foresight, then you have a better chance of running your facility much more efficiently,” adds Rucker.

Can Your Technology Compete in Today's Terminal Operating Landscape? When it comes to terminal automation, ‘failing to plan means planning to fail.’

This article first appeared in the MARCH/APRIL edition of Maritime Logistics Professional magazine. 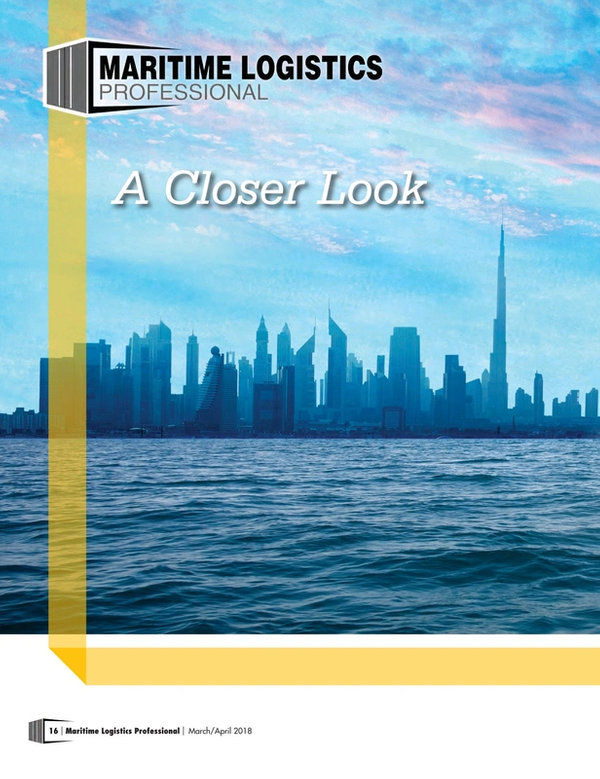 Read The Future of TOS in Pdf, Flash or Html5 edition of Mar/Apr 2018 Maritime Logistics Professional

Other stories from Mar/Apr 2018 issue