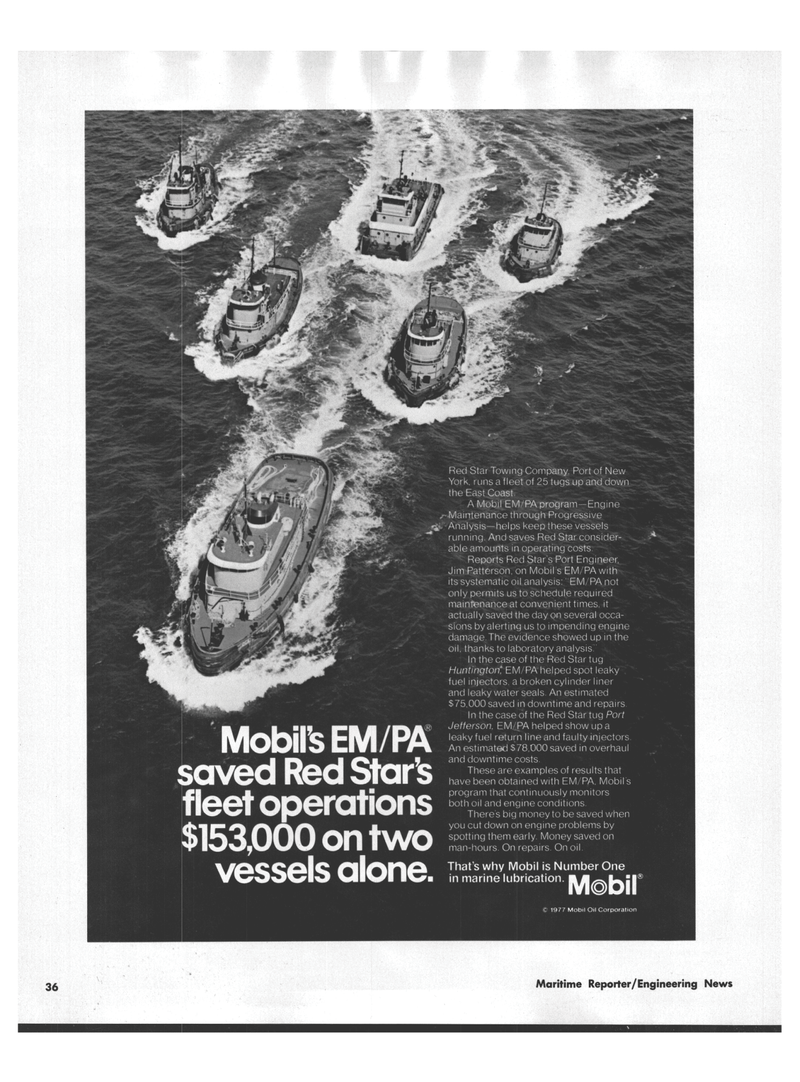 York, runs a fleet of 25 tugs up and down the East Coast

That's why Mobil is Number One in marine lubrication. maintenance at convenient times, it actually saved the day on several occa- sions by alerting us to impending engine damage. The evidence showed up in the oil. thanks to laboratory analysis.

In the case of the Red Star tug

S75.000 saved in downtime and repairs

In the case of the Red Star tug Port

An estimated $78,000 saved in overhaul and downtime costs.

These are examples of results that have been obtained with EM/PA. Mobil's program that continuously monitors both oil and engine conditions.

There's big money to be saved when you cut down on engine problems by spotting them early. Money saved on man-hours. On repairs On oil