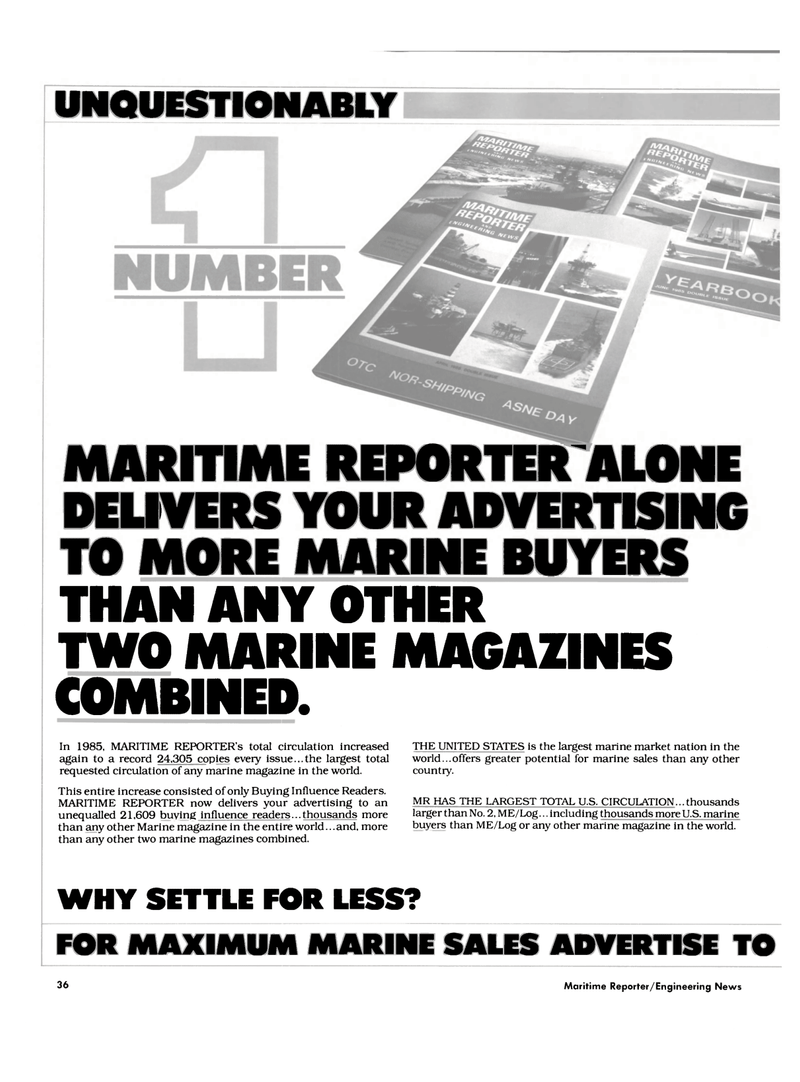 TO MORE MARINE BUYERS THAN ANY OTHER

In 1985, MARITIME REPORTER'S total circulation increased THE UNITED STATES is the largest marine market nation in the again to a record 24,305 copies every issue... the largest total world... offers greater potential for marine sales than any other requested circulation of any marine magazine in the world. country.

This entire increase consisted of only Buying Influence Readers.

WHY SETTLE FOR LESS?