The Smokeless Solution Is Coming Over The Horizon

The leading players in their respective fields of the marine business - engine manufacturer Wartsila NSD and cruise line Carnival Corporation — have joined forces to develop a smokeless dieselelectric propulsion system for cruise ships.

The solution — code-named Enviro- Engine - is already on the horizon as the time-proven technology featured in Wartsila NSD's diesel engines is still today the cleanest and most efficient method for the generation of energy from hydro-carbons.

For more information on the "project EnviroEngine" please go to www.wartsilansd.com considered five phases to be conducted on the photograph (figure 4, page 83).

* The first phase involved photo scientists who digitally reproduced the image, then digitally enhanced it by applying computer algorithms and techniques.

The photographic imagery obtained from the U.S. Navy Historical Center was digitized into a computer software image file. Next an edgesharpening algorithm was applied to the overall image scene. The subject area and the anomaly were then digitally magnified by a factor of 200, 400 and 800 percent. Each magnification was analyzed to determine which magnification would best maintain image integrity.

* The second phase was to establish the chronology of the photograph.

Smoke clouds and debris can be seen rising from Hickam Airfield obscuring most of it. This indicates the photograph was taken shortly after one initial attack run on Hickam, which occurred at 0755 hours on December 7, 1941.

Smoke can be seen rising from the USS HELENA and the USS OGLALA. This indicates that at least one, if not both ships had been hit. The log of the Helena was very specific about the time she was struck by a torpedo at 0758 hours.

Dan Martinez, the Park Historian at the USS ARIZONA Memorial, provided the time of the torpedo strike on the HELENA.

History documented the first wave of torpedo bombers attacking Battleship Row within minutes of the attack on Hickam Airfield. Photo evidence shows that the first torpedo strike against Battleship Row (USS CALIFORNIA, USS OKLAHOMA, USS WEST VIRGINIA) has been completed. The CALIFORNIA had been struck by one torpedo and was leaking oil, the OKLAHOMA had been torpedoed and was listening to Port and the WEST VIRGINIA had been struck with at least one torpedo as indicated by several torpedo wakes. The first attack on Battleship Row took place at 0758 hours.

* The third phase was to investigate the photograph for observable objects, which would lend themselves to the presence of a midget submarine. The digital image was examined and digitally interpreted for visual observables to support the premise that a Japanese Type-A class midget submarine was present in the area during the attack.

Figure 5 shows that a rectangular, black object is present in the area. The object appears to be sitting on top of a dark linear structure. The composite shape is surrounded by white water area, which looks as though a wave is about to cover the rectangular object. Two distinct water spray rooster tails appear behind the first two. Each rooster tail appears to coincide with the passing of each shock wave. The height characteristic of these rooster tails grows toward the anomaly with the smallest tail occurring first, or being the oldest.

The length dimensions fall within the design length overall of the Type-A midget submarine.

Forensic Engineering Imagery Analysis "FEIA": To establish a methodology for forensic analysis, a positive photo print of the combat photo was obtained from the Naval Historical Center (figure 4).

Imagery enhancement and sharpening techniques were applied to key areas of interest established from chronology of images deserved and activity scenario postulated. The approach of the forensic engineering imagery analysis differed from the Autometric imagery analysis in that FEIA emphasized on "how the images of interest got to look the way it was, frozen in time." In simple terms — what caused it to look like that?

History documented that the first attack wave occurred at 0758, by Rudimentary Shadow analysis, it was verified that the combat photo was taken between 0801-0803, thus establishing the latest time at about 0803. In the absence of both a huge waterspout associated with torpedo detonations against the side of the ship and torpedo bombers flying over the battleships, it was concluded that the attack group had completed its attack run.

Six torpedo tracks can be seen in the photo. Four appear partially erased by the traveling surface concussion waves.

Two tracks appear to be thinner and show less alteration by the wave concussion.

Four of the torpedo tracks can be seen in alignment with respective water splashes associated with aerial torpedo drops. The two thinner tracks that were less affected by the wave concussions converged at a point coinciding with the linear object but without water splashes.

One of the thinner tracks (no.5) terminated with a small water plume characterized by the beginning of an underwater explosive detonation against the side of the WEST VIRGINIA hull (figure 4).

The observed aerial torpedo trades were measured from their entry splash points to the targets. Torpedo running times were computed and chronologically summarized. The surface concussion rings propagated radially from the WEST VIRGINIA and OKLAHOMA were the result of the torpedo detonation, its gas bubble in expansion and contraction, a phenomenon of underwater explosion. The magnitude and propagation velocity of the concussion waves can be measured. Thus total elapsed time intervals were computed to be 174 seconds (approximately three minutes) after the HELENA was hit.

This substantiated that the combat photo was taken at approximately 0801.

As the concussion waves approached the advancing midget, they crashed passed its conning tower onto the contra- rotating propellers. Generating three distinct rooster tail sprays, various progressively increase in size from the earliest spray, the farthest and smallest.

The thinner tracks were a typical characteristic of the Japanese Type-97 submarine torpedo. Test reports of U.S.

conducted torpedo run trials after the war indicated only minimal wake was visible to the overhead flying observation aircraft during the test runs. The thinner tracks characteristically are also indicative that they were more recent with older track defused in time. Thus their convergence in the absence of water splashes and the thinner tracks characteristic lend evidence that a submarine was present and fired two torpedoes at the targets.

During an underwater explosion event, the chemical reaction of the solid explosive yields gaseous products and exerts high explosive pressure on the surrounding water. The disturbance (compression shock wave) near the charge propagates radially at three to five times the speed of sound. The surrounding water is compressed and attains an extremely high radial velocity.

The compression shock wave reflecting from the free surface results in a tensile reflected wave, causing a region of water to cavitate, thus forming a bulk cavitations zone. The water refraction near the surface wave has a vertical velocity. The midget submarine is within the cavitation zone and was buffeted by a vertical motion, exposing the conning tower and its contra-rotating propellers.

The magnitude of the vertical velocity by explosive gas pulsation will lift an object vertically in the cavitation region.

Extrapolations of the bulk cavitation zone calculated from selected charge size and attack geometry indicated that the midget submarine was within the cavitation region causing the submarine to be launched upward by the explosion.

As the submarine broached near the surface and headed into the oncoming waves caused by the concussion. Water crashed into the propeller disk, forming three distinct rooster-tail sprays synchronous with each passing wave. The third smallest rooster tail had dissipated somewhat by the time the photo was taken. This underwater explosion analysis has substantiated the action the midget took and strengthened photoimagery evidence of the existence of a midget submarine through a positive correlation between the motion history of the midget submarine and the observed surface disturbance generated. The observed torpedo track (figure 4 track no.5) indicated alignment with the water plume on the sport side of the WEST VIRGINIA. Due to the water's optical reflection and parallax effect, the torpedo was determined at a depth of about 15 ft. beneath the water surface. This alignment triangulates the impact point to be at the ship's lower armor edge but where the vertical plane intersects with the observed plume (figure 6, above).

Conclusion At least two, possibly three midget submarines had entered Pearl Harbor. In the early hours of Dec. 7, due to naval activities, the nets were open from 0200 and reported closed at 0846 after the air attack had begun, providing free passage to the midgets. Out of the five midgets launched, Destroyer WARD sunk one at the harbor entrance; one was beached at Bellows Field; one was sunk west of Ford Island inside the harbor; the fourth midget launched both torpedoes at the cruiser ST.

LOUIS near the harbor entrance and was reported sunk. Photo imagery analysis suggested sufficient evidence and substantiated by forensic analysis that the midget shown on the combat photo was the fifth midget; penetrated Pearl Harbor, released two torpedoes, one struck and detonated against the battleship WEST VIRGINIA.

The other torpedo track was seen running towards the battleship OKLAHOMA.

These controversial findings and also the combined analytical approach on what many currently regard as historic fact.

The fate of the fifth midget remains a mystery. She could have escaped during the confusion in the heat of the air raid or "crabbed" under the torpedo nets at nightfall and made it to open sea. In the evening hours of December 8, the mother sub 1-16 received a message that the midget was experiencing "navigational problems".

The midget could have slipped out to sea in a failed attempt to rendezvous with the mother sub. Given the ninja ideology of the time, it could have self destructed in deep water in order to keep the secret weapon from falling into enemy hands.

About the Author Peter K. Hsu is a Technical Director in the Ship System Group of Anteon, and a member of the Marine Forensic Panel (SD-7) of the Society of Naval Architects and Marine Engineers (SNAME).

Acknowledgements: I wish to extend my gratitude to Fred Shultz of the US Naval Institute; Daniel Martinez for the data supplied; Burl Burlingham for the excellent sources from his book Advance Forces-Pearl Harbor; Chuck Harberline of the Naval Historic Center; CDR Rodgard and associates at Autometric; Dr. Young Shin, professor at the Naval Postgraduate School, Monterey, Calif, for his underwater explosion lectures; and Jonathan Hsu for his editorial help in the preparation of this article. 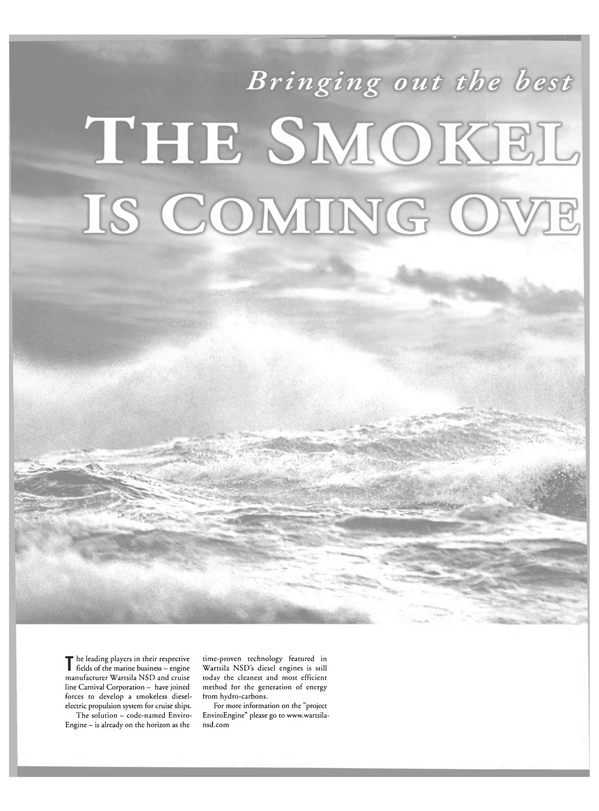 Read The Smokeless Solution Is Coming Over The Horizon in Pdf, Flash or Html5 edition of April 2000 Maritime Reporter

Other stories from April 2000 issue