While the oil and gas markets are starting to come to life, nearing the $50 per barrel mark, the future fate of floating production remains a mystery 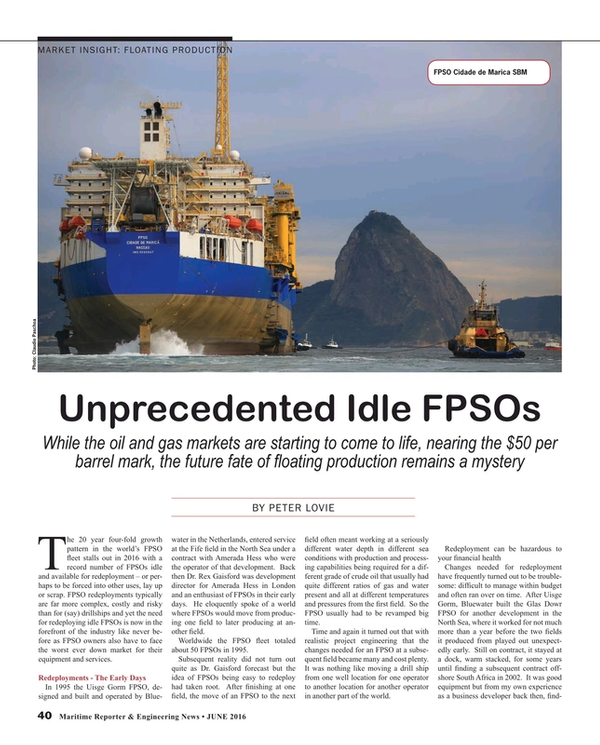