From growing up on San Diego Bay then graduating from the California Maritime Academy to leading a fast-growing, technologically advanced, family-owned group of shipyards, Todd Roberts, for as many of his 43 years that he can remember, has always been ‘maritime.’ 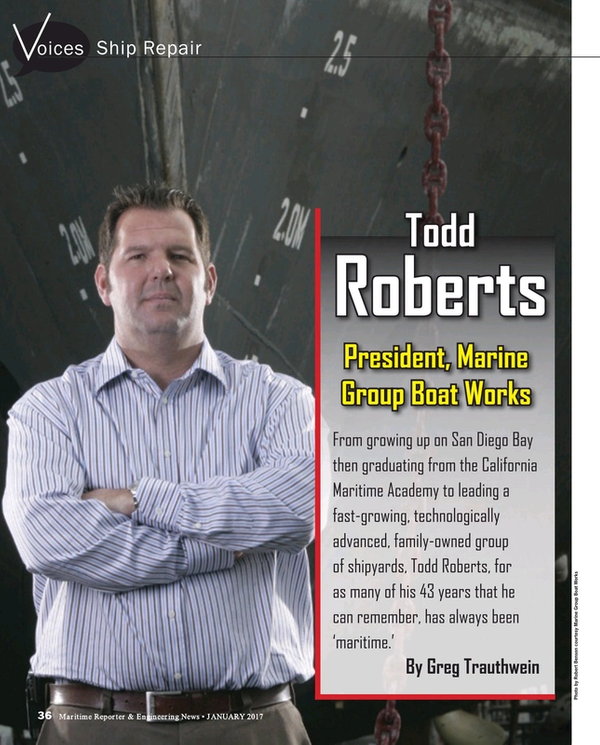