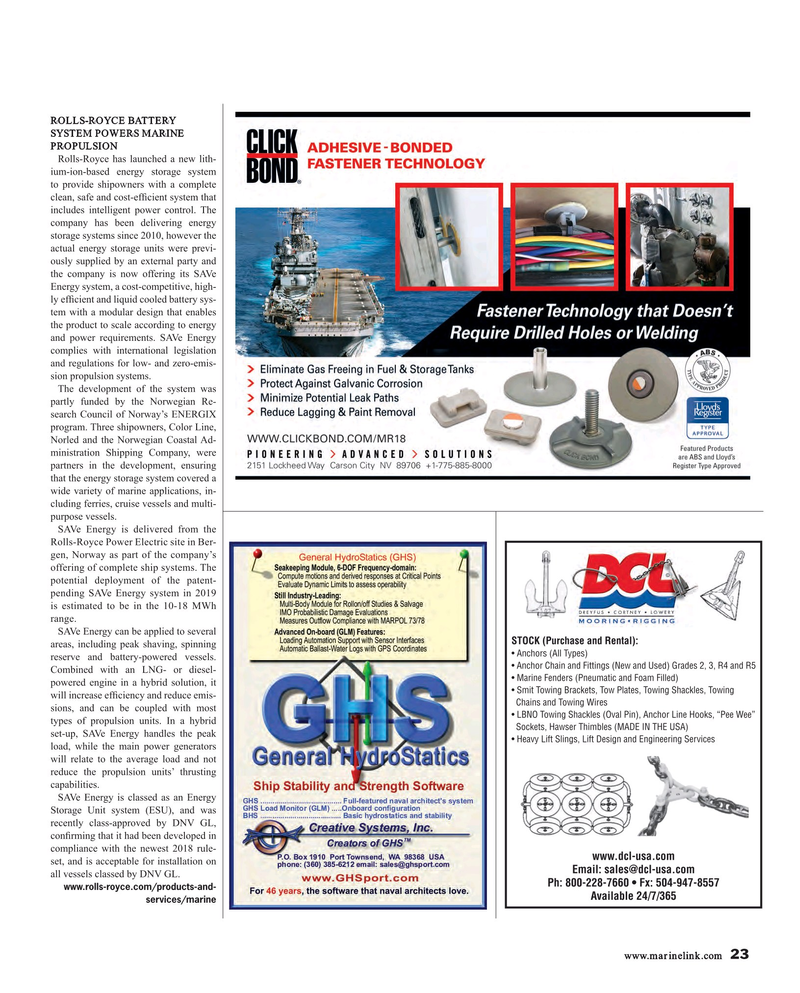 Rolls-Royce has launched a new lith- ium-ion-based energy storage system to provide shipowners with a complete clean, safe and cost-ef? cient system that includes intelligent power control. The company has been delivering energy storage systems since 2010, however the actual energy storage units were previ- ously supplied by an external party and the company is now offering its SAVe

Energy system, a cost-competitive, high- ly ef? cient and liquid cooled battery sys- tem with a modular design that enables the product to scale according to energy and power requirements. SAVe Energy complies with international legislation and regulations for low- and zero-emis- sion propulsion systems.

The development of the system was partly funded by the Norwegian Re- search Council of Norway’s ENERGIX program. Three shipowners, Color Line,

Norled and the Norwegian Coastal Ad- ministration Shipping Company, were partners in the development, ensuring that the energy storage system covered a wide variety of marine applications, in- cluding ferries, cruise vessels and multi- purpose vessels.

SAVe Energy is delivered from the

Rolls-Royce Power Electric site in Ber- gen, Norway as part of the company’s offering of complete ship systems. The potential deployment of the patent- pending SAVe Energy system in 2019 is estimated to be in the 10-18 MWh range.

SAVe Energy can be applied to several