Infrastructure continues to expand, and pricing incentives will continue to shift as the market matures. The LNG markets look like they may resemble the clean product tanker market in several years, which is highly arbitrage driven. We look to see an increased number of portfolio players working the spot market, which will drive the commoditization of the space and enable further demand.

The total ton-mile demand for LNG carriers has increased over the past several years. More than 60 countries have imported LNG cargoes in the past quarter, and 14 of these countries imported no LNG in 2013, highlighting the growing ecosystem available for sellers. Of the 63 countries that imported LNG, 38 have seen a growth in the ton mile demand they drive when compared with 2013 Q1. 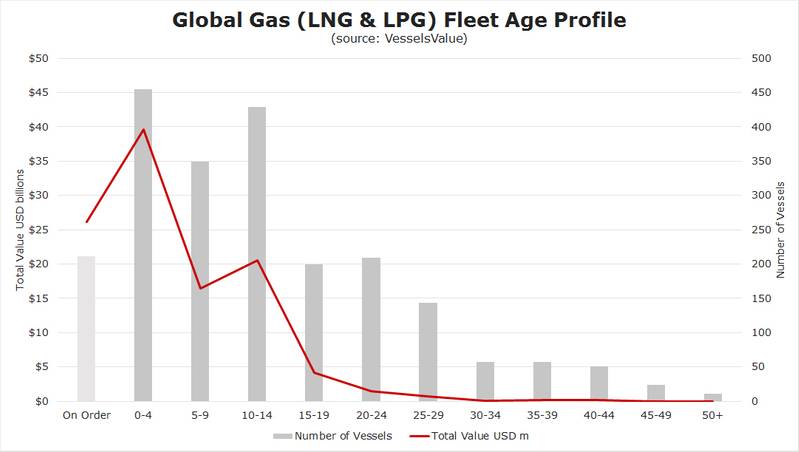 The LPG markets gained as well, with ton-mile demand surging across the spectrum and pulling spot rates upwards.

Supply growth across the total gas markets has slowed, but recycling activity has been robust, particularly given the rising sentiment for both LNG and LPG carriers. There are many older vessels such as steam turbine LNG carriers that are at the end of their already prolonged service life.

The recent announcement that Saudi Arabia will begin to take a sizable position in US based LNG projects has ignited a new surge of interest in the future of LNG as a key part of the energy mix going forward.

The market is evolving rapidly, as are trade lanes the ships operate on. The rise in spot market activity will move hand in hand with the commoditization of the fuel. Day rates for large LNG carriers rose in early 2019 after demand in Europe filled the gap left by China after a warm winter. 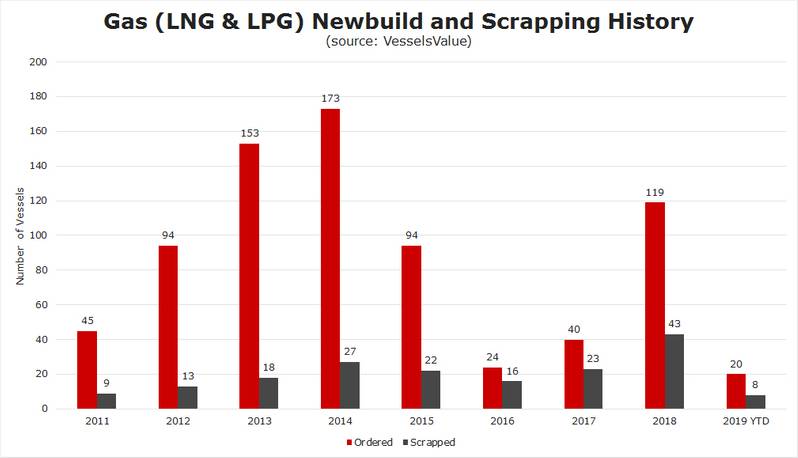 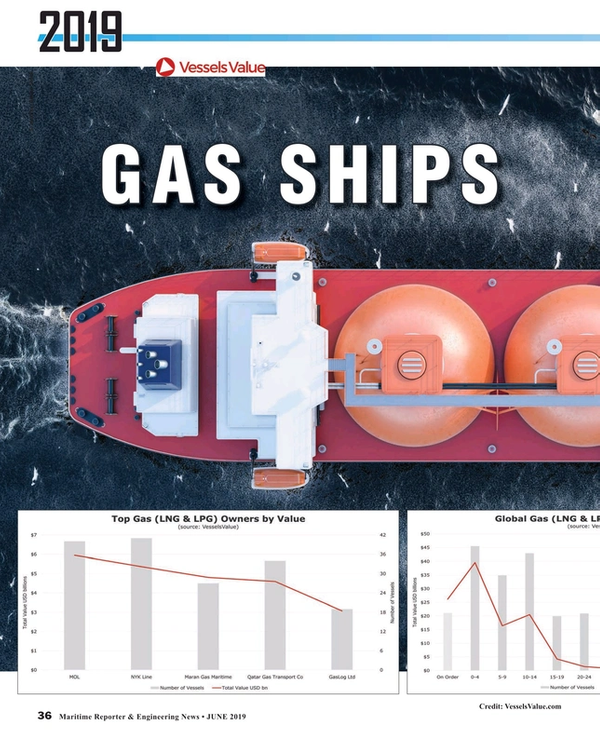