Newbuilding
Since the beginning of the year, 100 newbuild orders have been placed across the tanker sector. This is a considerable amount lower than the same period last year, when 140 vessels were placed. It is no surprise to see the Greeks lead the way with the highest number and largest vessels ordered, but hot on their heels are the likes of Eastern Pacific and Ocean Tankers, the Singaporean owners ordering the clean trading vessels.
Norwegian companies Hunter Group and Knutsen NYK Offshore buy few but spend a lot. Combined, they have spent close to half a billion dollars on only five vessels, ordering three VLCCs for $93.6 million each and two Suezmax shuttle tankers for $105 million each. 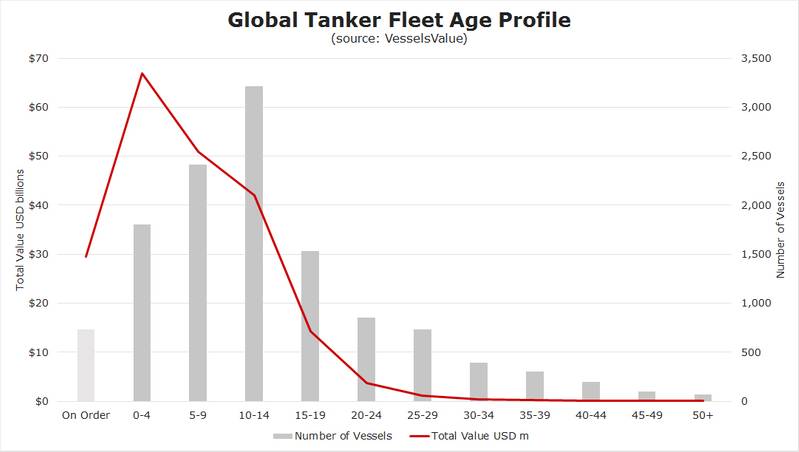 Source: Vessels ValueSecond hand market
In contrast to the newbuilding market, the sale and purchase market is looking rather strong in recent months, with 500 sales confirmed over the last 12 months averaging over 40 sales a month. Product carriers have been at the forefront of interest with over 50% of the deals consisting of these vessels. This does not include chemical tankers.
It is interesting to note that older VLCC tonnage is being sold for further trading as rates have improved. Since the beginning of 2019, of the 13 total VLCC deals, Sinokor has offloaded three older units.

Demolition
The demolition market for tankers has slowed down with only 30 deals done year to date compared to 105 for the same time last year. Noticeably, the larger tonnage has taken a step back in terms of demolition deals with a high number of smaller units going for scrap over the past 12 months. Demolition rates have remained high and steady with Bangladesh taking the majority of tonnage. 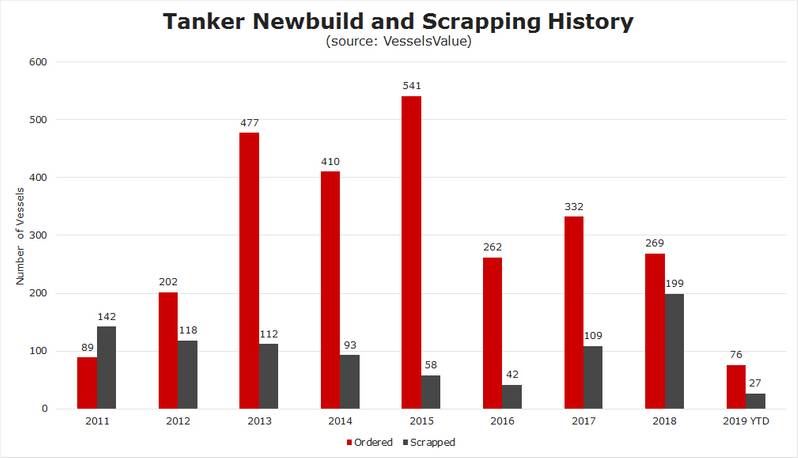 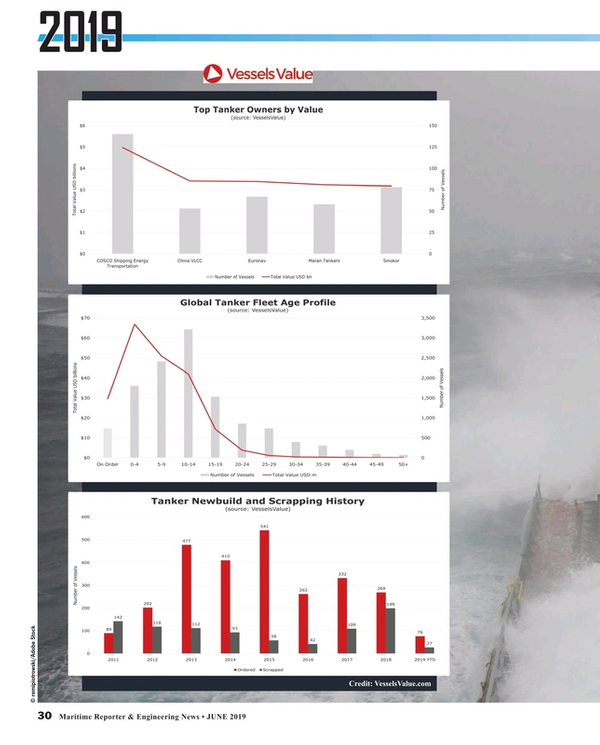