Atlantic Canada is a ‘Silicon Valley’ of sorts for the global ocean community, a comparatively small but highly intelligent and energized cluster of academia, government and industry laser focused on growing its connection to everything ocean. MTR spoke with Jim Hanlon, Chief Executive Officer, Institute for Ocean Research Enterprise, for his take on the current speed and future direction of this innovative cluster. 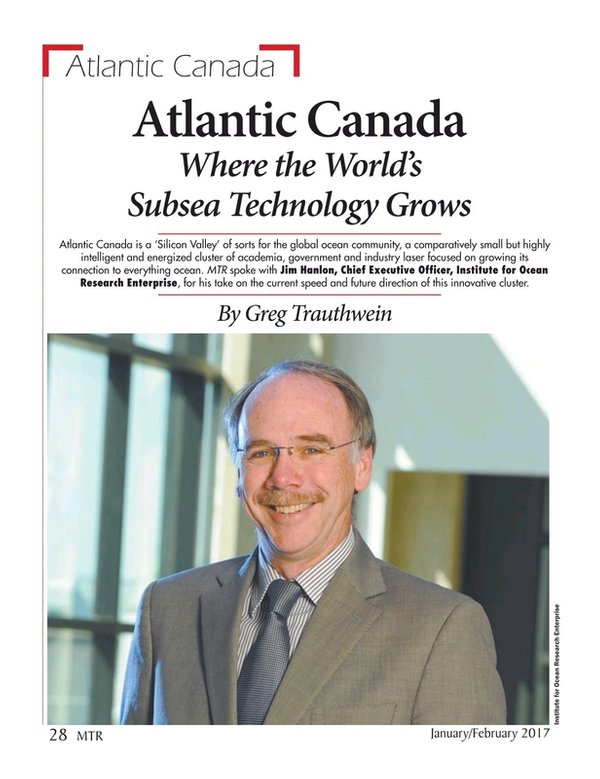