The 16-cylinder diesel is rated conservatively at 3,600 horsepower at 900 rpm for marine applications, and has a displacement of 710 cubic inches per cylinder. GM/EMD will market models of this new series of engines for a variety of applications.

The design of the 710G is a logical outgrowth of GM/EMD's current production series, the 645F engines.

The most recent version of this series, the 645FB, is the result of a succession of incremental improvements to the engine. From 1980 to 1983, for example, the fuel efficiency of the 645F was increased by 6 percent and the compression ratio was increased from 14.5:1 to 16:1.

Similarly, the 710G can be viewed as a new dimension in engine design, in terms of its potential for future growth. (Table 1 is a comparison of specifications.) Greater displacement and an advanced turbocharger give the 710G the capacity for significant increases in horsepower.

Thus, the 710G combines innovation with the proven technology of its predecessor, but its potential makes it more than just this year's model.

The 710G is the product of extensive development at GM/EMD. Total development cost was $60 million.

Fuel Efficiency The 710G is GM/EMD's most fuel-efficient diesel to date. Full load fuel consumption of the Model 710G engine has been improved by 9 percent from the 1980 Model 645F3 engine.

Displacement A major change in the 710G design is greater displacement. The 10-inch piston stroke of the predecessor 645FB was increased to 11 inches in the 710G engine. The longer stroke at the same bore adds 10 percent more displacement—from 645 to 710 cubic inches per cylinder.

This added displacement is a key factor in the 710G's promise of greater horsepower in future models.

Turbocharger The added engine length is the result of a larger, extremely efficient turbocharger. Entry to the turbine was streamlined to improve gas flow. An improved exhaust diffuser also reduces flow restriction. The turbocharger is deeper to accommodate a larger annulus for a smoother and less restrictive discharge of exhaust gases. Overall, the turbocharger is the most efficient ever produced by GM/EMD.

The new state-of-the-art, highefficiency "G" turbocharger provides a 15 percent increase in air flow for reduced thermal loading of critical engine components. This higher air flow, in combination with an increased injection rate from the new 9/6-inch plunger injector, accounts for the increase in fuel economy at rated output, with no increase in engine thermal loading.

In manufacturing, extensive use is being made of statistical process control. 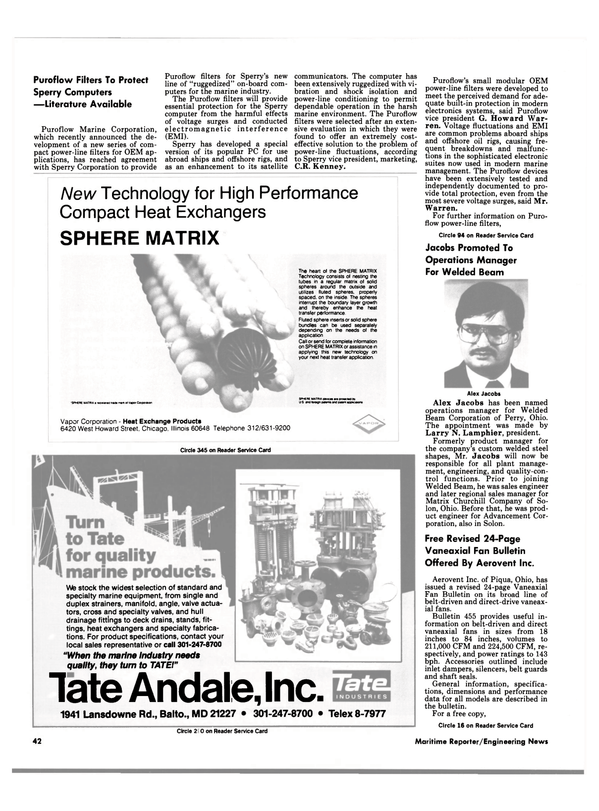