Mr. Gilbride, Todd's chairman since 1975, told shareholders "the non-recurring events of fiscal 1986, which resulted in a loss for the year, are now behind us." The large increase in sales this quarter compared with last year was attributable to revenues from Todd's recently acquired Aro subsidiary, an international manufacturer of air-powered tools and equipment, he said.

Looking to the future, Mr. Gilbride noted that Todd is "still fully committed to maintaining its leadership in the U.S. shipbuilding industry and is planning to capture an increasing share of future U.S. Navy business." The company's plans for its second core business, Aro, are equally dynamic, he declared, noting that Todd's objective is to strengthen and improve Aro's worldwide competitive position through implementation of innovative sales, marketing, and manufacturing programs and the application of advanced technologies.

Mr. Shaefer, president and chief operating officer and a director since 1981, joined Todd in 1968 and became vice president and general manager of the Los Angeles Division of Todd Pacific Shipyards Corporation in 1979. John T.

Gilbride Jr., a director since 1965 and vice president and general manager of the Seatlle Division since 1979, also joined the company in 1968. 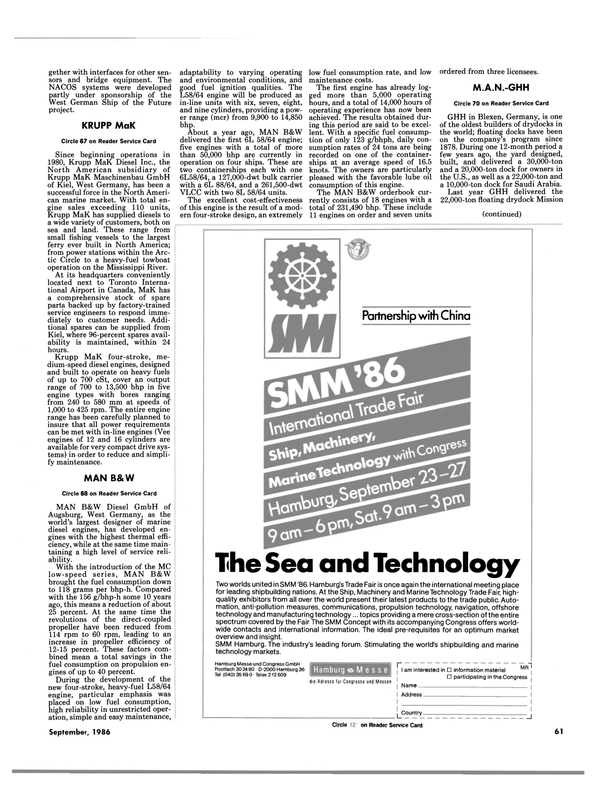