May 1-4, Houston, Texas The annual Offshore Technology Conference, OTC '89, will once again be held in the spacious Astrodomain Complex in Houston, Texas, on May 1-4,1989. The event, one of the largest of its kind in the world, will consist of an exceptional technical program and a large exhibition, featuring more than 1,200 exhibiting companies. The more than 25,000 registrants will be able to view some of the latest advances giny equipment and offshore technolo- Besides its extensive exhibition, the 21st annual OTC will feature two keynote sessions, six topical luncheons and 12 special sessions.

The two general interest keynote sessions highlight the 54-session technical program. The program will consist of over 300 papers, making it the largest number ever presented at OTC.

"Industry Trends for the Future," will be presented on Monday, May 1, by a panel of experts. The session will focus on prospects for the offshore industry. On Tuesday, May 2, "Safety Considerations," will focus on future adoption of specific precautions in the wake of the Piper Alpha experience and other offshore incidents.

Leading engineers, scientists and managers from both industry and academia will participate in the 12 special sessions scheduled on the OTC program. The program will examine major offshore projects in the areas of the South China Sea, Gulf of Mexico, North Sea and the South Atlantic off Brazil. The special sessions will focus on newly developing technologies in the fields of geotechnical work, oilfield equipment seals, and corrosion-resistant alloys. Such major projects as Bullwinkle, Oseberg, and Smit compact semisubmersible are examined.

Such national and international companies and organizations as the American Bureau of Shipping, Alexander Industries, Beaird Industries, Canadian Marine Drilling, Brown & Root, Cummins Engine and Schottel- Lips will be among the 1,200 exhibitors occupying the 17 acres of exhibit space of the Astrodomain Complex and outdoor display area at OTC '89. Such countries as Brazil, Canada, Italy, France, Japan, Sweden, the U.K. and West Germany will be represented in what is considered the offshore industry's leading international event.

For more than 20 years, the Offshore Technology Conference has been the largest annual forum in the world for the exchange of offshore and ocean resources technology.

Through the years, as worldwide offshore industry announced a series of major technological advances at this event, the stature and importance of OTC grew.

OTC assembled a special museum to display the immense development and range of offshore technology produced during its 20 years in existence.

OTC primarily serves offshore industry engineers, managers, scientists and marine-related personnel from around the world. Over 1 million participants from around 90 countries have attended the combined technical programs and exhibitions of OTC since its inception in 1969. 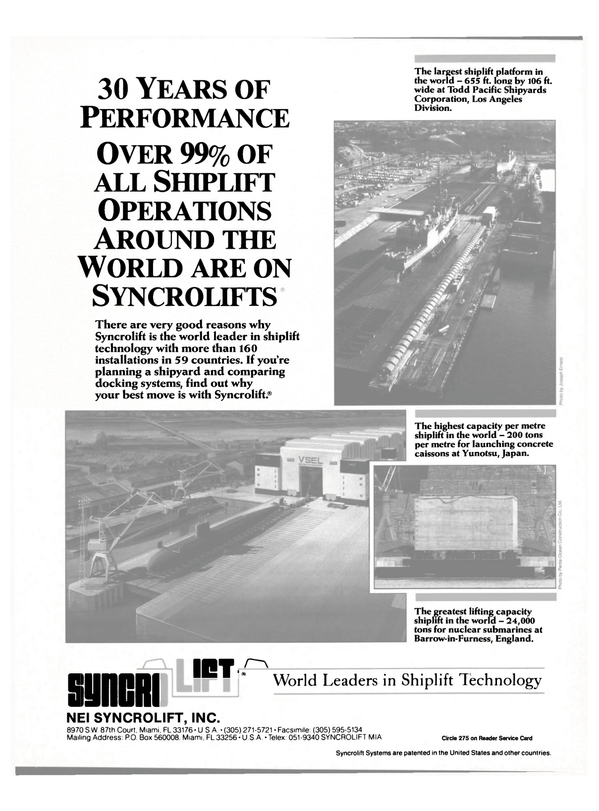