Researchers tackle the tough problems despite a lack of funding and official incentives to move forward. Progress, in particular for Arctic spill response equipment and techniques, is being made. 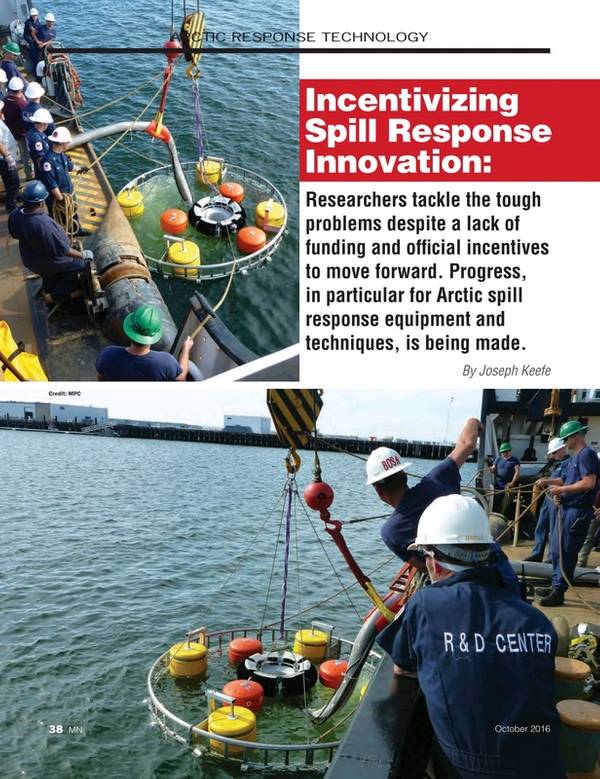