The National Oil Spill Response Research and Renewable Energy Test Facility has been an integral part of the spill response community for more than three and a half decades. 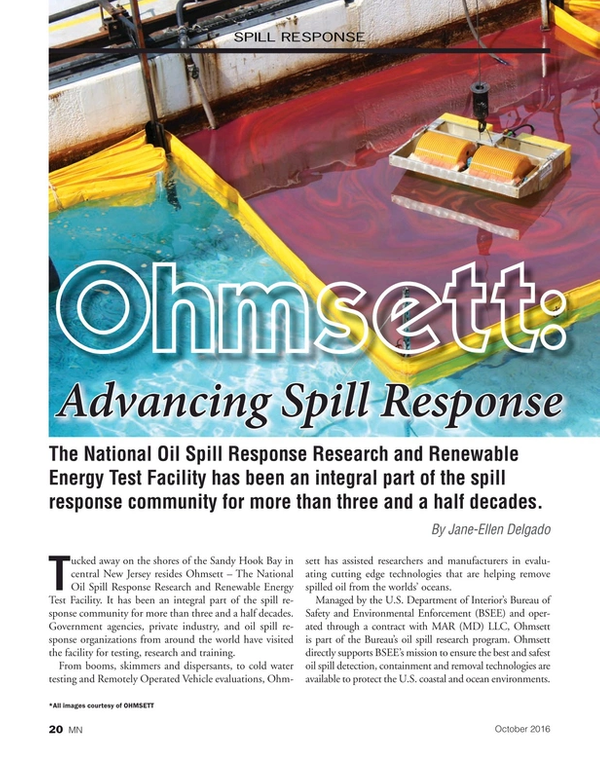