Domestic ferries adjust their business models to met regulatory pressures and exceed environmental standards with an eye towards improved service. And, not a minute too soon. 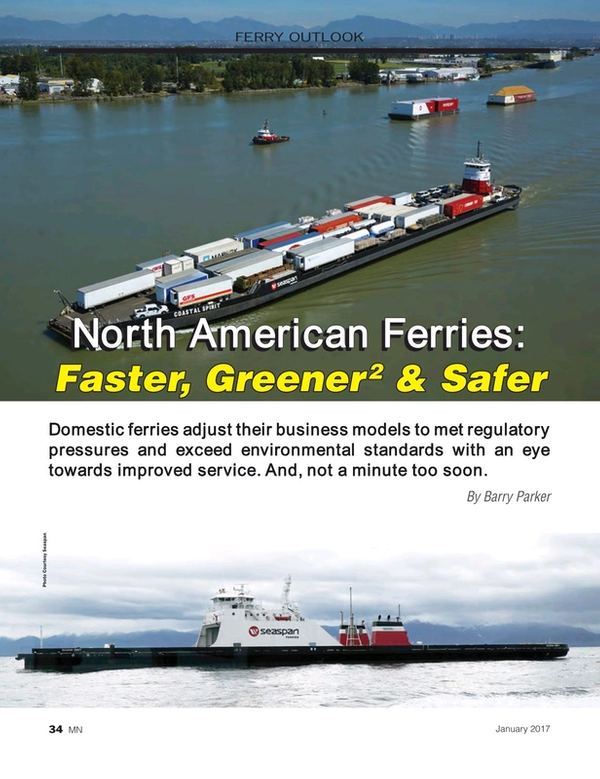