The shipbuilding and ship repairing industry has always been a core strength of our nation. It has enabled the United States to protect and project its prosperity, power and influence internationally. A book in my office signed by shipbuilder William Webb illustrates the point. Mr. Webb inherited his father’s shipyard in 1840 and built over 130 of the fastest clipper sailing vessels; he later built the largest and most celebrated steamships of his era. 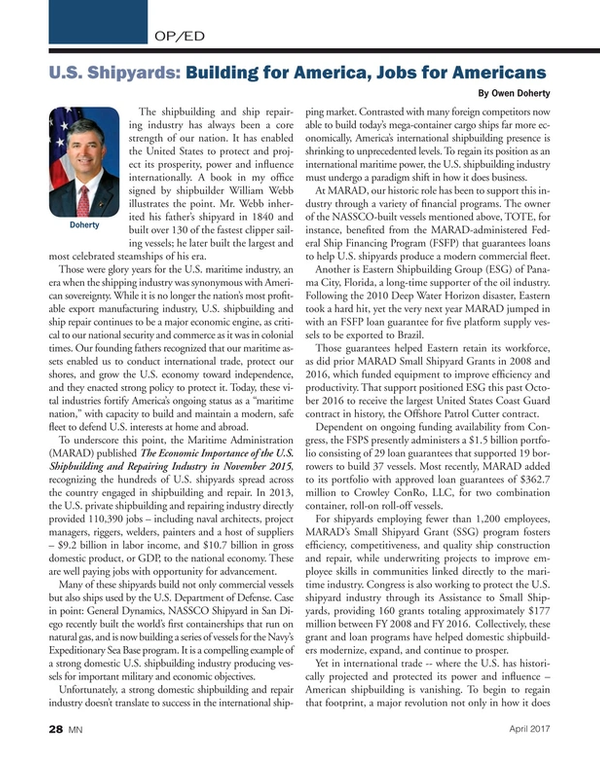 Read US Shipyards: Building for America, Jobs for Americans in Pdf, Flash or Html5 edition of April 2017 Marine News