Diversification is the key at Oregon-based North River Boats. Listening closely to the customer’s needs recently won the day on a multi-hull U.S. Navy contract, but that’s not all that’s happening in Oregon. 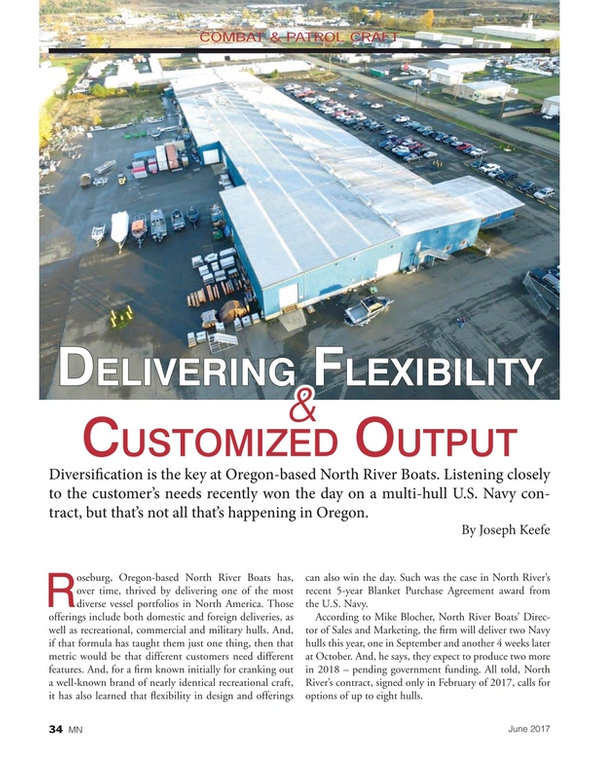