What Hurricanes Teach Us About Energy Security

After a few years of relative calm, the 2017 hurricane season wreaked havoc in the Atlantic and the Gulf of Mexico, causing widespread damage and human suffering, and exposing the vulnerabilities and strengths of American energy security. As the flood waters from Hurricane Harvey receded and Gulf coast residents embarked on the arduous road to recovery, the offshore energy industry took stock and counted its losses and blessings. 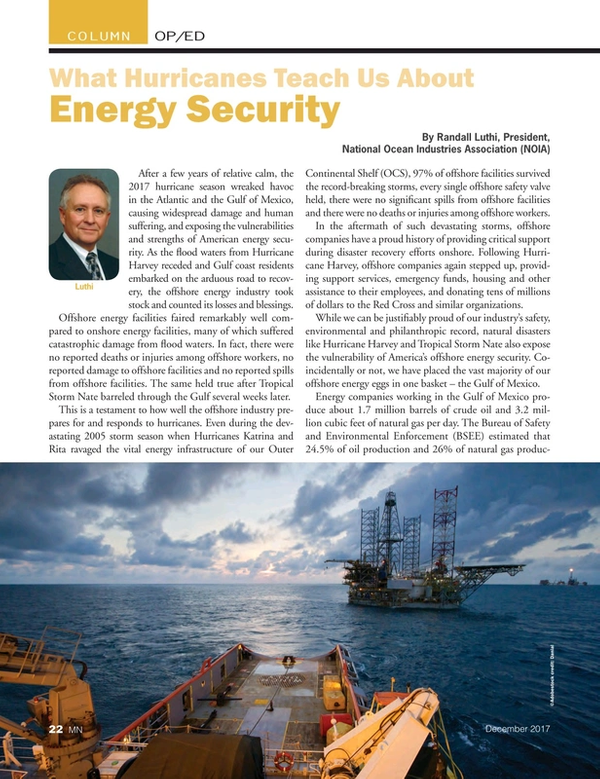 Read What Hurricanes Teach Us About Energy Security in Pdf, Flash or Html5 edition of December 2017 Marine News