Hidden under the vast crystal blues of the Pacific, a submarine is hunted from above. A centuries-old game of cat and mouse drives the technological advancements in the ongoing race to conquer the undersea realms. Today, enhanced capability in both anti-submarine and anti-surface technology is transforming anti-submarine warfare, known as ASW. 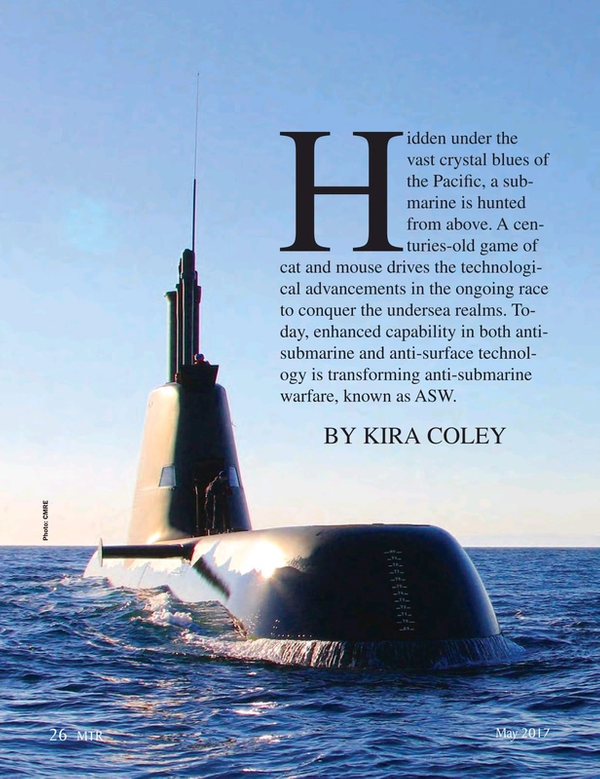