Carlo Zaffanella is vice president and general manager of Maritime and Strategic Systems (M&SS) for General Dynamics Mission Systems. The M&SS business includes submarine and surface ship electronic systems integration as well as the design, build and support of a broad array of subsurface, surface, air, airport and strategic subsystems, meaning he is perfectly positioned to lead MTR’s ‘vehicles’ edition, as in 2018 our attention turns from a specific products and systems, to the holistic web of connectivity between subsea, surface, land-, air- and space-based assets.

Please give a description of the business unit you lead and your responsibilities.
I run the Maritime and Strategic Systems (M&SS) line of business for General Dynamics Mission Systems, part of General Dynamics Corporation. M&SS is a pretty broad, large, and steeped in the traditional maritime business that has been on a strong and sustainable growth curve for 20 plus years. Basically we do electronics – especially mission systems – system integration, and product development for many maritime programs. And then the word “strategic” that’s in that acronym, as well, “strategic” meaning “nuclear” so think Navy nuclear. I have four businesses – Navy Air, Navy Surface, Navy Undersea, and Strategic. In total we are about 3,000 people in about two dozen locations across the country.
OK, let’s start broad. Looking at the world of UUVs, AUVs, unmanned systems, by broad geographic region or market, where do you see opportunities in the years ahead and why?
Let’s rewind roughly 20 years, back to the mid-late 1990s, and think about UAVs. If you would have asked about UAV business (and looking ahead), would they have told you:
It is unimaginable what has happened in the last 20 years to UAVs. Why did that happen? Because they became really useful as the technologies fell in line, making it possible to do things that we simply could not imagine back then. So I’m going to caveat my answer to tell you that I think that’s where we are with UUVs – technologies are falling in place. And the answer I give you today will probably seem horrifyingly myopic 10 to 20 years from now and probably unimaginative.  But having said all that, what do we see in near-term?
UUVs give us access and give us data that manned systems simply can’t. We keep people out of harm’s way, we get into niches and places that manned systems can’t get to. So anywhere you see an application – whether it’s keeping a sailor safe, or keeping a diver safe, inspecting infrastructure, inspecting vehicles – things that are tedious, those tend to be great things for unmanned systems. One obvious area is mine warfare. It is a nasty business, and in addition to keeping sailors safe, it also can do a lot more. You have a stand-off distance that is tremendous, and you can do things persistently that would have been very hard to do with a man in the loop. We’ve taken some major strides in maturing the technologies so that now it’s gone from pretty good theory to real practice. 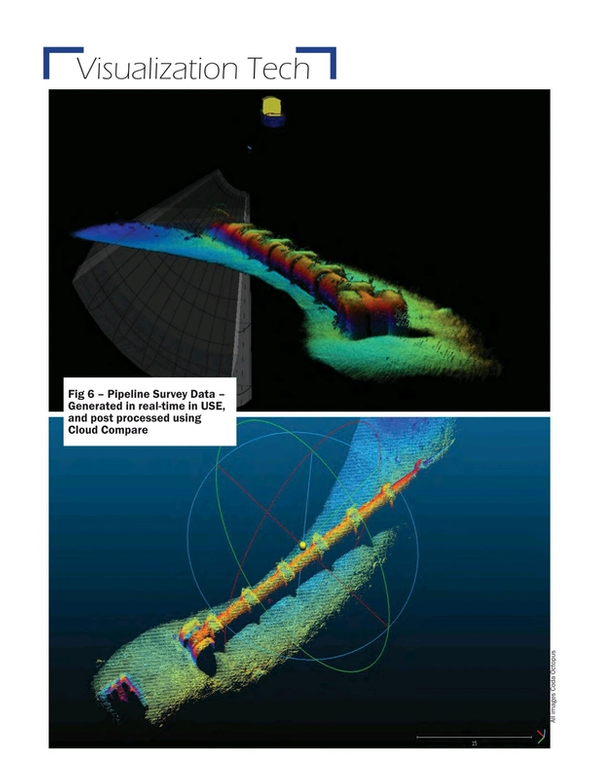