Book Review: Getting Down to It; 50 Years of Subsea Success in Norway

The Norwegian Continental Shelf’s journey from the very first basic marinized subsea trees to today’s complex and sophisticated subsea processing equipment has been a rapid, at times turbulent, but always remarkable.

There are many engineers who have seen through that journey, from the first exploration wells using Norwegian rigs in the mid-1970s to today. One has now written the history of subsea technology in Norway and this year’s Underwater Technology Conference (UTC) has been chosen for its launch, as the event itself marks its 25th anniversary.

Getting Down to It; 50 Years of Subsea Success in Norway has been co-authored by industry veteran, and now professor emeritus at the University of Stavanger (UiS), Arnfinn Nergaard, and senior historian at the Norwegian Petroleum Museum Kristin Øye Gjerde.

Nergaard was perhaps destined for a career involving the sea, having been born and raised on the island of Smøla  not far from the Haltenbanken. His original career choice was naval architecture. However, after completing his degree at the Norwegian University of Science and Technology (NTNU ), or NTU (the Norwegian Institute of Technology) as it was in 1972, he saw the emergence of a new industry, petroleum exploration, and went on to complete an MSc and then a PhD in petroleum technology and applied geophysics, also at NTNU. In fact, he’s the first Norwegian to have completed a PhD in the subject in Norway.

The timing was fortuitous. He joined Norske Hydro in 1975, the same year that the company, Saga Petroleum and Statoil were drilling their first wells on the Norwegian Continental Shelf (NCS) using Norwegian rigs. Field developments on a huge scale and new technologies came fast. “I was on the North East Frigg project with Elf when the first subsea completions were installed in Norway in 1979,” says Nergaard. “At that time, it was very advanced; we had subsea Xmas trees. They were land trees that were marinized and there was nothing sophisticated about them, simply valves that opened and closed. Today, we have seen Equinor install two giant compressors on the seabed. The difference between those two technologies is enormous.” Indeed, the industry has come a long way.

Nergaard and Gjerde’s book charts the rise of the industry, starting with the award of the first exploration licenses in 1965, and the discovery of Ekofisk in 1969, using Norway’s first subsea wells, derived then from technology imported from the USA. The book then goes on to look at how tragedies, deaths of divers, showed the need to find alternative technologies that put humans out of harm’s way; the influence of French fascination for new technologies in the 1980s; how Norwegian operators have driven the development of ever growing subsea systems; 1990s’ standardisation; and, reflecting today’s world, previous rounds of consolidation in the market.

The idea for the book came about six years ago. A group of industry veterans met and went to the director of the oil museum in Stavanger with an idea for a book, outlining the history of Norwegian subsea technology. Nergaard, who was still an active professor at UiS at the time, was elected to be in a reference group. He then retired from UiS and, not long after, received a call. “The director told me they had found an author. And that was me. That was three years ago,” recalls Nergaard. “I’ve always been interested in history and this is a history I have been involved in from the start, so I really wanted to do it.” He’s worked on the book over the last two and a half years with Gjerde, who has also co-authored a book on the history of Norwegian diving and the pioneer divers; On the edge, under water: offshore diving in Norway.

Research and writing the book has given Nergaard chance to reflect. “I’ve been involved in many projects over all of these years, but, to see all the things that I wasn’t involved in was quite amazing seeing how many innovations there were all the time, technologically,” he says. “A lot of people, inventor had some success, some didn’t.

“Also, throughout the crises that we have had over the years, some companies have disappeared and some stood up and became billion NOK companies that were not so much worth anything at one time. There’s been a lot of cost for people involved; it’s an extreme sport.”
Norway’s success in subsea technology has been driven by a number of factors. The Norwegian government very much pushed new technology, says Nergaard. There was also strong competition among the Norwegian players to come up with the best solutions – a thirst which has continued through the decades. A 2012 Quest Offshore survey of who put the most effort into subsea technology development put Statoil (now Equinor) in top place (against international super majors), with double the number of projects of the company in second place, says Nergaard. And there was support for Norwegian companies. So, while some of the core technology came from Houston, it was adapted, developed and evolved into new solutions provided by Norwegian companies.

Recording this history is important, not least because it celebrates this remarkable industrial achievement, says Nergaard, building not only an industry but a global export business, while trying to make the industry safer. It’s also close to the hearts of many people who have been involved in the industry over the last five decades.

While there’s a lot to celebrate about Norway’s remarkable technological and industrial journey over the last 50 years, there are challenges facing the industry today, however. “We have a challenge in industry in general with environmental issues,” says Nergaard. “I think that our society is still very dependent on energy. Our challenge is to continue our developments and to maintain it with a lower environmental footprint than we have now. I have been in the industry a long time and I remember when we didn’t discuss environmental issues at all. We’re not alone. On a political level, we now need to integrate our industry with political decisions.”

There’s also a challenge to attract new talent. But this is a challenge the industry has faced repeatedly. “The challenge is that this industry has always been a bit of a roller coaster when it comes to crises and the ups and downs, the difference between the bonanzas and the troughs is tremendous,” says Nergaard, “and the oil companies don’t really take responsibility to see that we have continuity during the crises. And that’s really a disappointment. It seems like the industry has a memory of something like five years. As long as things are going well, it makes a good effort to recruit. In the last four years, it’s disappointing to see they are closing their programs, just to see that they have to be taken up again.” Still, the industry is still strong on the west coast and people are more aware of the opportunities, he says. UTC Bergen is also doing its bit, with a Young program running through this year’s event.

Nergaard has enjoyed his most recent challenge, so much so, he thinks there’s potential for another book, this time on the Norwegian rig industry; another fascinating tale.

Getting Down to It; 50 Years of Subsea Success in Norway will be launched at UTC Bergen in Norwegian and in English on June 12.
UTC 2019 is June 11-13. The event is co-hosted by the Underwater Technology Foundation (UTF) and GCE Ocean Technology, supported by the City of Bergen, with organizing partners the Society of Petroleum Engineering (SPE) and the Society of Underwater technology (SUT). To find out more about this year’s program, visit https://www.utc.no/program 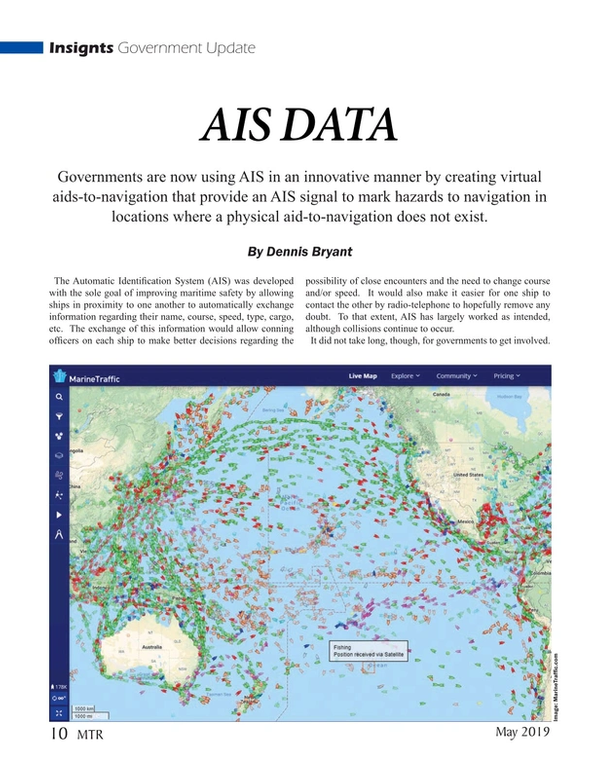 Read Book Review: Getting Down to It; 50 Years of Subsea Success in Norway in Pdf, Flash or Html5 edition of May 2019 Marine Technology