Robotics: The Next Gen in Subsea Vehicles

MUMs (and daughters) of invention: Sea nymphs and MUMs are inspiring a new generation of underwater systems and vehicles. Elaine Maslin takes a look.

The list of applicants to enter the underwater domain is growing fast. The concepts vary, from underwater autonomous motherships able to carry an array of payloads over long distances to swarms of drop deployed ocean bottom nodes that can find their way to pre-programmed locations.

At energy:connected, as the Oslo-based Subsea Valley cluster and annual conference is now called, some of these concepts were outlined, including those from two Norwegian technology firms and Germany’s Thyssenkrupp, a firm more used to designing naval submarine systems.

uSEA was founded in 2017 and since then it has been developing a surface drone, or unmanned surface vessel (USV), to support underwater drones (i.e. autonomous underwater vehicles or AUVs), so that manned vessels are no longer needed and battery recharging can be done in the water, avoiding launch and recovery operations. This makes it different to other surface drone concepts, which tend to rely on full recovery of the AUV or remote operated vehicle (ROV) for recharging. uSEA’s system is called uLARS (LARS meaning launch and recovery system) for underwater drones, says uSEA CEO Felipe Lima, who served in the Brazilian Navy before working at Subsea 7, Aker Solutions and Xodus Group.

It’s a natural progression. Today’s AUVs are getting more and more capable and reliable, says Lima. “They are taking the space that has been the backyard of ROVs. But, they have a limitation; they rely on batteries, because they’re not cabled like ROVs, and they still need a mothership, eg. a survey vessel, because their batteries run out in 12-48 hours. With a mobile docking station for the AUV, you’re not reliant on a docking station on the seabed and you don’t need a larger surface vessel.” 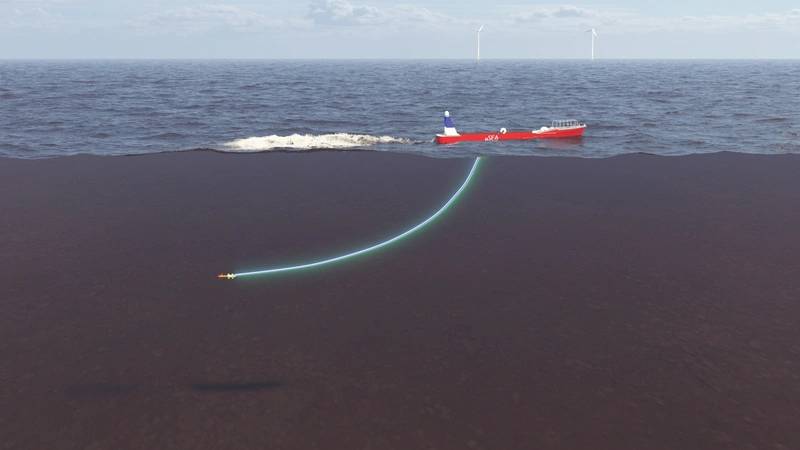 The system includes a submersible towing head, with an inductive connector for charging and data transfer, which acts a little like an in-air refuelling of fighter jets. “This means there’s minimal impact from waves because the docking is at a controlled depth,” says Lima, who has an MSc in Subsea Engineering from University of Aberdeen and a MSc in Innovation and Entrepreneurship from University of Oslo. There’s also a through moon pool-based handling system for recovering the AUV on deck, safely.

The system will support subsea survey in shallow waters as well as in deep and ultra-deep waters, operating a wide variety of payloads ranging from more conventional types such as side-scan sonar and multibeam echosounders to more advanced such as synthetic aperture sonar.

uSEA is looking for partners to complete the qualification programme, which is expected by the end of next year (2020). After that, the company is targeting operations in the sea and it’s looking for pilot projects to perform in 2021.

An iDROP in the ocean
Another Norwegian technology firm, iDROP, is planning to disrupt the seabed seismic technology market with its autonomous Oceanid nodes. iDROP’s system is based on individual cylindrical sensor nodes (named after Greek sea nymphs) that are dropfall deployed, using gravity and ballast shift for  propulsion and position control, to land at specific pre-planned positions on the seabed where they land on aluminium legs which pop out before they land. 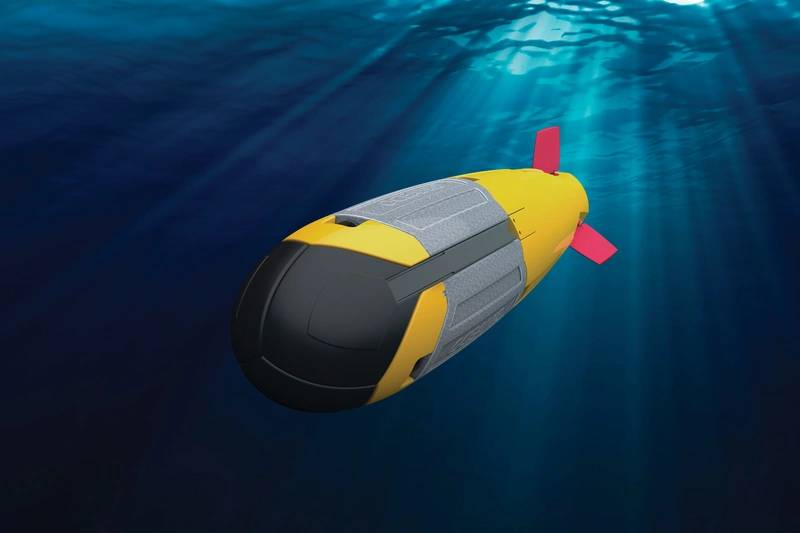 An iDROP’s Oceanid. In Greek mythology, Oceanids are nymphs who were the 3000 daughters of the Titans Oceanus and Tethys. (Image: iDROP)

The idea is that they can be deployed in groups, falling to form grid patterns on the seabed for seismic surveys. Onboard batteries power the descent control (using just 5% of the battery doing so), data harvesting (for 180 days) and trigger a mechanism that releases the 30kg ballast – made of salt slurry – allowing the units to glide back to the surface, again, under control so they aim towards an expected target. A surface system with a floating conveyor belt type arrangement would then collect them.“There’s a variety of seismic acquisition technologies out there that are mainly towed,” says Kyrre J Tjøm, iDrop’s founder and CEO, who has previously worked at Schlumberger and consulted for Equinor and Seabed Geo Solutions. “There are also nodes that are placed on the seabed by an ROV. There are others where you dump them over the side with concrete ballast and some propelled alternatives. Our system will remove the necessity for large specialist vessels with heavy handling machinery and time consuming ROV operations.”

Groups of Oceanids can be deployed fast and sensor point granularity (i.e. area coverage and therefore how much data be retrieved) can be increased, he says. This is thanks to 69 degrees to vertical autonomous lateral displacement capability, with each node “falling” to a pre-set position. “If you want to deploy a sensor in 1200m water depth, you can reach 2km away from the surface vessel and install a patch of sensors, rather than a line,” he says.

Batches of nine nodes, each with an inductive modem, transponder and seismic sensor payload, could be deployed in 15 minutes, a 10-fold time saving compared with established methods, Tjøm says. A Digital twin, based on extended modelling and testing, would be used to help identify any environment impact, eg. waves, current, depth, etc., and therefore enable control of the descent.

“We are looking at revolutionising the way ocean bottom nodes are installed on the seafloor,” says Tjøm. “The competitors do 40-170 a day per and need two ROVs, DP-controlled node handling systems, a large vessel and specialized crew. The deeper you go, ROVs are slower as they need more thrust to pull the umbilical. We would do just less than 1000 per day with a standard marine crew.”

A lot of work has been put into the Oceanids project behind the scenes and it’s only now that the technology is being promoted. In fact, the project started in 2010, with a prototype built in 2013/14. iDROP has also built a recovery system and performed an inshore test, for verifying the recovery system. A second pilot test, acquiring 3D seismic data, in deepwater, is planned for this year in the North Sea. Nine vehicles have been built and were due to go offshore for testing in the first half, with more planned to be built in the coming year.

MUM’s the word
Thyssenkrupp Marine Systems (MS), part of the German industrial conglomerate, is working on a different scale to both uSEA and uLARS. The firm is designing a very large (up to 50m-long) unmanned underwater vehicle (UUV), called a modifiable underwater mothership (MUM), based on a modular design, comprising basic and mission modules.

The thinking behind it is that today’s subsea underwater vehicle market is dominated by specialised products, with no one vehicle able to be used for multiple tasks. So, Thyssenkrupp set about designing a modular system, says Willem Hendrik Wehner, who supervises the project at Thyssenkrupp MS. 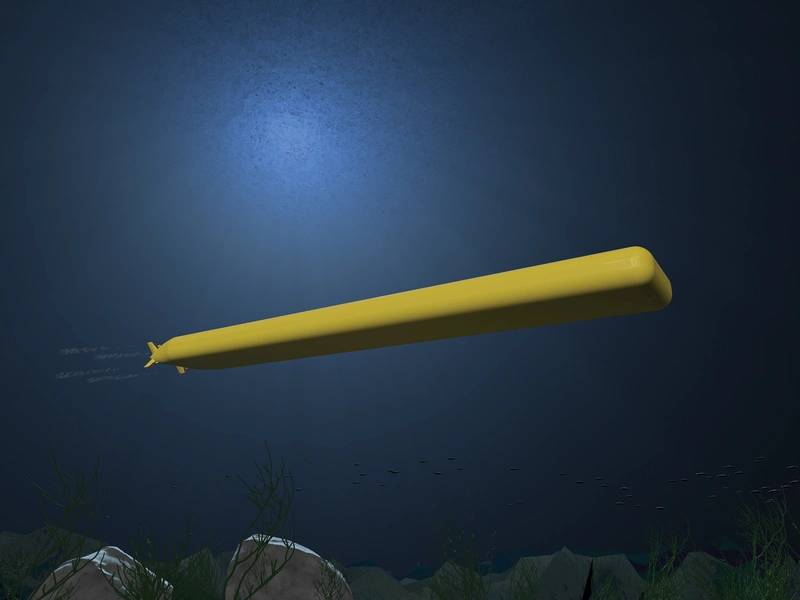 Basic modules would be trim and diving systems, battery, propulsion and a hydrogen fuel cell. Then, mission focused modules could range from ocean bottom seismic node (OBN) deployment (>1000 OBNs) to core drilling systems, or from subsea control module change out to hosting remotely operated vehicles, which would use the large UUV as a mother ship.A MUM modular kit would consist of modules that have the size of standard 20ft or 10ft containers. They can be combined according to the mission specifications resulting in quite different vehicles, from 80 metric tons to above 300 metric tons, or from 20m-long, 4m-wide and 3m-high to about 50m-long, 7m-wide and 3m-high, with power consumption dependent on the payload and propulsion speed.

“Other underwater vehicles do have modular approaches, but mainly in terms of an adaption of the payload section or extending the endurance by adding more energy capacity,” says Wehner. “A good example is the SeaCat AUV of ATLAS, which can change its payload by swapping the head of the vehicle and can extend the range by adding more battery capacity.”

Wehner says the MUM vehicle would be able to travel hundreds of miles, depending on the vehicle configuration, with its 80-160kW hydrogen fuel cell power, and down to thousands of meters water depth. “The underwater range is scalable and in the region of 100s of nautical miles; completely sufficient for the current use cases,” he says. “Our gas storage system for the fuel cell is about three times superior to batteries with regard to energy per volume and even more regarding weight. However, if you want to cover more than a 1000 nautical miles, we would recommend a near-surface transit with a more conventional e.g. diesel-electric approach. The concept allows for this.”

Hydrogen fuel cells are a proven air-independent technology for Thyssenkrupp submarines; the company has profound experience with hydrogen fuel cells in the German HDW Class 212A submarine as well as other submarines. Batteries might be necessary for peak loads of some payloads, but most of the current MUM vehicle designs only have a small sized backup/emergency battery, says Thyssenkrupp. A module for surface or near surface transit is being designed at the moment, as the fuel cell system has its strengths for enduring underwater tasks.

For long range communication, on long missions, Thyssenkrupp MS is looking to use self-propelled modems, or autonomous communication nodes, with bi-directional data transmission capability, to create long-range acoustic communications through a chain of these nodes, as well as local navigation or 3D positioning via USBL modems. These are being developed under a sub-project called NaviMUM by EvoLogics and would be deployed from a revolver magazine on the MUM.

EvoLogics calls the concept a self-organising mobile underwater network, with the nodes forming relay stations as well as providing positioning. They would autonomously fan out in a mission area, analyse the communication environment, then hold the position and interconnect to form a flexible underwater network. Some would have a GNSS receiver, to get periodic real position fixes, says Wehner.

“Very large vehicles like the MUM in particular need strong sensors and algorithms for autonomous obstacle avoidance and track re-planning,” says Thyssenkrupp. “Self-adjusting control algorithms that reflect the large variety of possible vehicle configurations will support the vehicle’s concept. The project develops a mobile communication and navigation system with self-propelled LBL/USBL modems that can establish a network and dock at the MUM vehicle for transit and charging.”

Thyssenkrupp MS is building a small-scale version of the MUM, at 5m-long, which will be ready for testing this summer (2019). Many of the concepts, in particular the autonomy software and the mobile communications, will be tested on this system.  The core technologies like the new hydrogen fuel cell as well as a new pressure hull design will also be tested, in real size, this year.

A real-scale MUM vehicle is due to be built at tested from 2020, with testing and trials up to 2023-24. The development is being supported by an advisory panel from the oil and gas industry including operator Equinor, seismic company PGS and subsea contractor Boskalis.

The company also has ATLAS ELEKTRONIK, the Technical University of Berlin and the University of Rostock working on the project, on the control system and system simulation respectively. 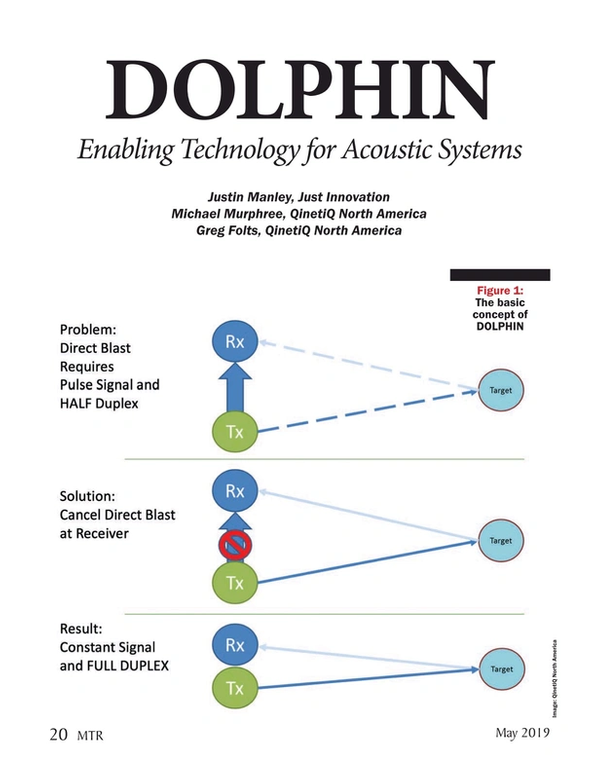 Read Robotics: The Next Gen in Subsea Vehicles in Pdf, Flash or Html5 edition of May 2019 Marine Technology