Some people spend years following their favorite bands, others attend conventions for science fiction shows. But once a decade those dedicated to sustained ocean observing gather. The OceanObs conferences are held once every ten years to focus the attention of those planning, implementing, and applying ocean observing systems. Each conference allows this diverse group to review the state of science and operations, and to define goals for the next decade. The decadal conferences are an occasion to celebrate the accomplishments and vision of global ocean observers.

OceanObs'09 (21-25 September 2009, Venice, Italy) convened over 600 attendees from 36 countries spanning diverse ocean stakeholder communities. The conference developed the Framework for Ocean Observing (FOO), which provided the justification and strategy for full implementation of the physical and carbon observing system. This conference demonstrated the scientific and societal benefits of a sustained ocean observing system.

Ten years later, over 1,500 members of the global ocean observing community gathered in Honolulu, Hawaii (16-20 September). The OceanObs’19 conference aimed to further align the science, technology, and capacity of ocean observing to address growing societal needs. Prior to the conference, Community White Papers were solicited from all interested groups, including scientists and end-users. These described needs and aspirations for the coming decade. The aspirations included addressing fisheries and ecosystem-based management practitioners, the maritime sector, national and local authorities, search and rescue, public and private sector researchers, and the public in general. 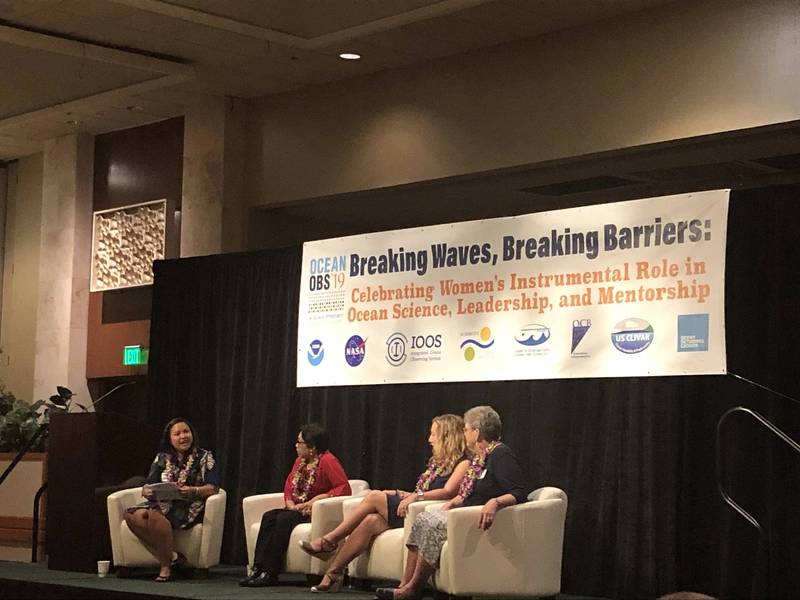 Innovation day opened with plenary remarks from leading innovators in the community. They were complemented by a subsequent panel, five special sessions and seven breakout sessions. Throughout the course of the week a showcase of sixty exhibitors and 600 posters was available to attendees. The exhibits included diverse university and government efforts as well as many ocean technology manufacturers. The displays attempted to convey ocean observing in action and afforded visitors the chance to engage with new technologies such as in situ sensors as well as platforms including unmanned vehicles and drifting floats. Several new products intended to reduce the cost and complexity of ocean observing were introduced.

RBR Global presented its new concept, moto, which is an affordable, easily deployed drifter for short duration missions. Intended for roles such as hurricane research this new system was being presented to the OceanObs’19 community for feedback to ensure it would be “fit for purpose.” Throughout the event this concept was often raised for all technologies as a way of reminding the participants that there are many solutions to diverse ocean observing needs.

Nortek was also onsite at OceanObs’19 embracing the conference charge to “improve the efficiency, decrease the cost, or add new observations that were not previously possible.” Their solution was the ECO platform. ECO, Nortek’s mini-ADCP for shallow water profiling will be available for sale in the Fall of 2019 and features a handheld, wirelessly charged 1MHz ADCP, programmed with a simple smartphone app with automatic cloud data processing and QA/QC. Nortek took the development one step further and designed a simple buoy and timed-release system to simplify deployment in shallow areas

These industry developments were well aligned with remarks in the innovation plenary, which included presentations from Dr. Wendy Watson-Wright of the Ocean Frontier Institute, Dr. Marlon Lewis of Dalhousie University and Dr. Jyotika Virmani of XPRIZE. These last two delivered a strong call for new ways of thinking about ocean observing technology.

Through a methodical analysis of changes in technology and scientific understanding Dr. Lewis highlighted the need for a new approach to ocean monitoring tools, especially to understand changes to global ocean reservoirs of heat, carbon, nitrogen and other important factors. He noted that ocean technology has historically taken an artisanal approach, much like craft beer, focusing on quality over scalable solutions. He suggested we needed to move from this artisanal approach to scalable tools and noted that the use of robotic ocean systems is the only realistic approach; they complement surface satellite observations and provide a critical third dimension over the global ocean. Further the presentation offered a rationale to increase observational capacity by a factor of 1000. Of course, with current technologies this would be prohibitively expensive. But the idea leads to a potential demand for 350,000 sensing platforms per year. With a hypothetical price point of $300 this would imply a $100M per year program. This vision certainly challenged the technologists while inspiring the scientists.

Dr. Virmani offered ideas about the power of exponential technologies. She characterized the power of exponential developments through comparison to taking a walk. If one takes 30 linear steps a distance of roughly 30 meters is covered. But if every step is an exponential one, 30 steps becomes 26 trips around the world. Through incentive prizes Xprize aims to accelerate the development of fundamental new technologies. The recently completed Ocean Discovery prize is an ocean related example that was discussed but a new prize aimed at “avatars” offered an intriguing idea that ocean scientists might find more immersive ways to explore the ocean. Concluding the plenary was a special announcement from U.S. Department of Energy (DOE) and National Oceanic and Atmospheric Administration (NOAA). They announced their new Powering the Blue Economy: Ocean Observing Prize, which will provide an opportunity for innovators to develop marine energy technologies at a scale that is more attainable than utility-scale power. It will also offer an opportunity for technologists to partner with the ocean observing community to address energy challenges of sustained ocean observing systems.

The innovation discussions continued over the course of the day. Through special sessions and breakout groups. These addressed key tools and techniques including remote sensing, environment DNA (eDNA), modeling and assimilation, platforms, sensors and software. The blue economy and community building were also addressed. The content of the OceanObs’19 Innovation day was extensive did not lend itself to simple summaries. That said there was a key underlying question at work: 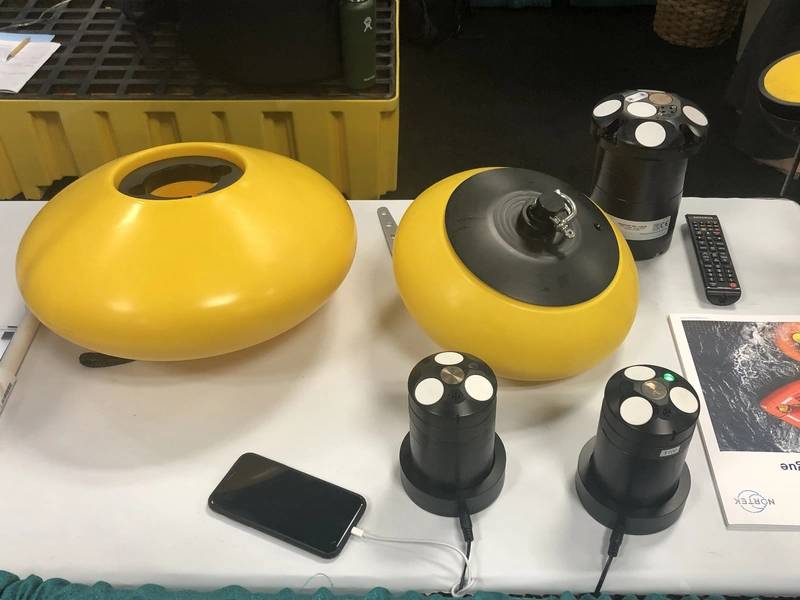 How can we spur innovation in observing technologies, products, and user services?

In considering this question several gaps and recommendations were discussed. There were many gaps identified in technology and innovation. These touched upon unmanned systems, especially unmanned surface vessels (USVs), remote sensing, cabled systems, drifting buoys, high frequency radar, sea level measurement and system of system concepts. The recommendations were likewise diverse and extensive.

Technology Development: Update existing observing systems with new sensors and technologies, such as biosensors and those that can collect wave data and measure biogeochemical variables

The extensive, diverse, set of recommendations was derived from the Innovation day activities and associated community white papers. The other themes, days and papers provided additional content and recommendations. Throughout the event questions and concepts were captured by online tools, moderators and attendees. The OceanObs’19 web site will make many of the presentations available and recordings of some key sessions will also be available there.

Throughout OceanObs’19 there were many side events focused on specific science questions and communities. One notable event was called Breaking Waves, Breaking Barriers. This event was sponsored by Schmidt Marine Technology Partners and was focused on women’s instrumental role in ocean science, leadership, and mentorship. A panel of four leading women in ocean science offered insights from their own careers. Rosie Alegado from the University of Hawaii served as moderator and the panelists included Barb Kirkpatrick from the US, Nelly Florida from Indonesia, and Juliet Hermes from South Africa. They were joined by almost 40 more women in the field who served as ambassadors to answer questions and inspire discussion during a networking reception.

The breaking waves event was just one example of how the OceanObs’19 program fostered creative discussions and new relationships in the ocean observing community. For the ocean technology community one of the key elements of the conference statement is especially relevant. It highlighted the need to: Harness the creativity of the academic research and engineering communities, and work in partnership with the private and public sectors to evolve sensors and platforms, better integrate observations, revolutionize information products about the ocean, and increase efficiency and reduce costs at each step of the ocean observing value chain. The next ten years will be exciting indeed.