The Challenge
Eelgrass (Zostera marina) is a valuable coastal habitat in Massachusetts, forming a complex underwater landscape that stabilizes seafloor and adjacent shoreline, filters the water of sediments and nutrients, and provides important habitat for shallow water species.

South of Boston, the bays of Duxbury, Kingston and Plymouth (DKP) form a large embayment whose eelgrass population, once thriving, is now severely diminished. A 2016 report from the Massachusetts Division of Marine Fisheries (DMF) summarizes these data: the overall loss in DKP from 1951 to 2012 is 44.4%, with a concerning additional loss from 2012 to 2014 of 48%.

The Opportunity
Researchers believe that the decline in eelgrass has been caused by changes to the water quality in the embayment. Traditional methods to track water characteristics include manually collecting water “spot” samples at intervals and at a number of fixed locations, or from instruments attached to piers or buoys. The drawback is that these methods collect data for just that location and do not provide a clear picture of the overall embayment.
Scientists from the Massachusetts offices of Coastal Zone Management, DMF and MassBays National Estuary Program felt there was a better approach.  Instead of sampling the water quality at a small number of fixed locations, they wanted to gather data across the whole embayment. In addition, instead of collecting samples at fixed intervals, they wanted to sample continuously to better understand the effects of the tidal cycle: the clean seawater coming in as the tide rises and then the discharge from the estuaries as the tide goes out.

The difficulty in DKP is simple: the embayment is very large (3 miles across), and at low tide, much of it  turns to mud flats. The main goal of this mission was to use SeaTrac’s Development Platform to provide measurements of the water quality over the entire embayment.  This would also provide the team with the opportunity to see if the platform could position the sensors accurately along the target course while handling the tidal currents, and to determine if the platform could manage the target mission as the tide came in and finish the required course before the tide went back out.

Based on lessons learned with the SeaTrac Development Platform, the team would determine what changes should be incorporated into SeaTrac’s production model for use in future missions. 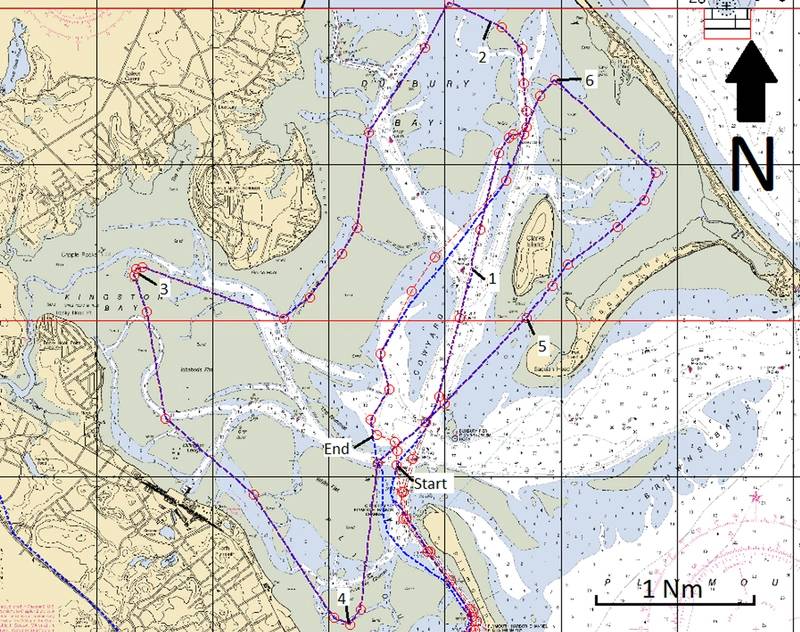 The SeaTrac route around the DKP embayment: the path is roughly 20 miles long.
Screenshot by SeaTracThe Mission
Since there is very little water in the embayment at low tide, the mission was to follow a route that began at low tide in deeper waters, and then progressed into the shallower water as the tide came in. During high tide, the mission ran over the shallowest parts of DKP. As the tide went back out again, the mission retreated to deeper water again.  Starting two hours after low tide, and then finishing two hours before the next low tide provides about 8hrs of running time. With the SeaTrac’s normal cruise of about 3kts, this equates to an overall mission length of just over 20 miles. MassBays and SeaTrac worked together to equip the SeaTrac Autonomous Surface Vehicle (ASV) with a YSI series 600 sonde, a water quality monitoring device carrying sensors that collect real-time data on temperature, conductivity (salinity), turbidity, dissolved oxygen and chlorophyll.

The SeaTrac ASV was launched from the public boat ramp in Plymouth and towed out of the harbor.  During the mission, data from the YSI sonde was logged on the ASV and simultaneously sent back to shore through the three wireless links available: line of sight RF, cellular and Iridium, and saved to dedicated database servers. With this system, the team onshore was able to track live progress, as well as go back and review any historical data at any time.

For SeaTrac, the goal of the mission was to see if the platform was capable of managing the currents and the speed/distance requirements to operate successfully in the DKP environment. Also, to ensure that the vessel would work successfully as a water quality data collection platform.

Power and Speed: The SeaTrac ASV had plenty of power to support the sensor in this application, and the 3.25 kts of cruise was sufficient to collect data over the entire embayment.

Launch and Recovery: The public boat ramp in Plymouth is large and well-built and resulted in a straight forward launch and recovery using the standard trailer for the ASV.

Weed: The sensor was mounted on the bottom of the hull and caught weed.  For the production model, a new moon pool has been introduced, allowing the sensor to be mounted vertically, with just the sensor cage and probes below the hull.  A copper mesh around the probe cage will slow fouling and prevent weed from entering the cage.

Communications: The cell coverage in DKP is excellent, and the cellular network was an ideal solution. For the scientists, the mission was a first step at using a moving sensor on an unmanned vessel in a large, complicated embayment.

Data: The YSI sensor and the SeaTrac ASV provided a successful combination to collect water quality data.  Being able to monitor the data live proved important: at one point, one of the YSI wipers got stuck, and by re-running the wiper routine on the fly, the sensor cleared itself.

Graphical Results: Ben Wetherill with ACASAK Technologies performed analysis on the data saved from the missions, with some results included below.  The following two maps show chlorophyll as captured in the first two voyages. The data showed consistently higher chlorophyll values in the shallower areas of the bays.  Higher values are darker. 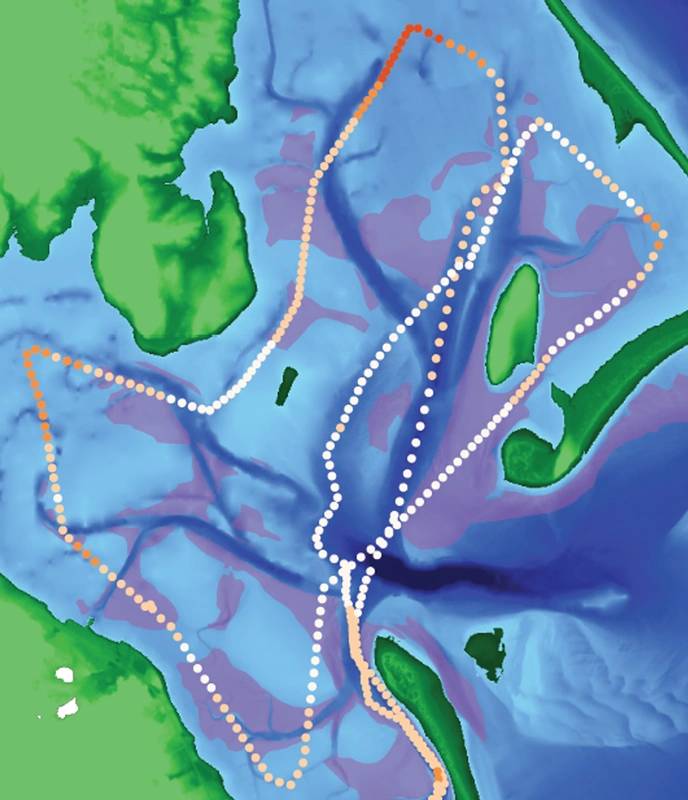 The images above show chlorophyll and turbidity.  Turbidity correlates quite closely with chlorophyll, implying that the turbidity is probably caused by algae and not sediment.  Also, by comparing this to the eelgrass beds shown in purple (in the right image), it looks like the turbidity is highest where there is no eelgrass.

Comments
Gathering water quality data with an unmanned vessel improves our understanding of the DKP embayment, and helps us understand how human actions and changing climate have an impact, which in turn helps us suggest changes to local policy and regulations to preserve the eelgrass that remains.

According to Prassede Vella: “SeaTrac’s autonomous, solar-powered vessel was the perfect vehicle to meet MassBays’s needs, to collect continuous water quality data from a large area, making it possible to gather data through a complete tidal cycle, with associated hydrological conditions.”

And from Ben Wetherill: “This system is further along than I expected. The software used to setup and manage the mission is really pretty cool.  I was impressed with the ability to see the live data. And it was quick and easy to access the historical data saved online later.” 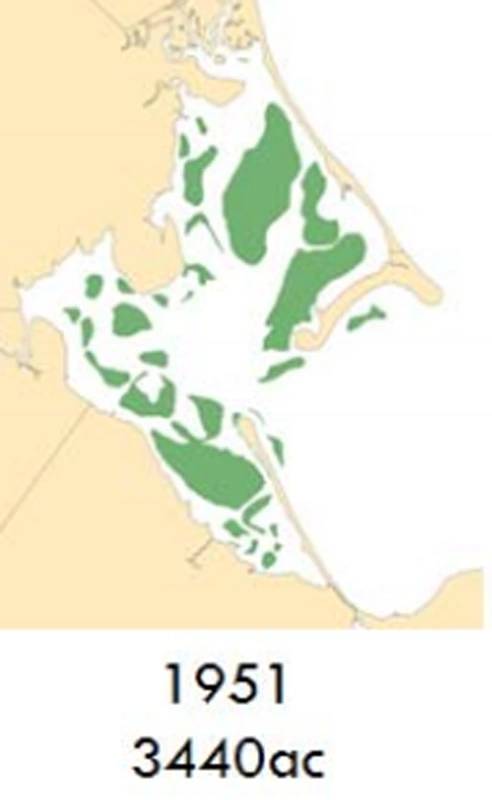 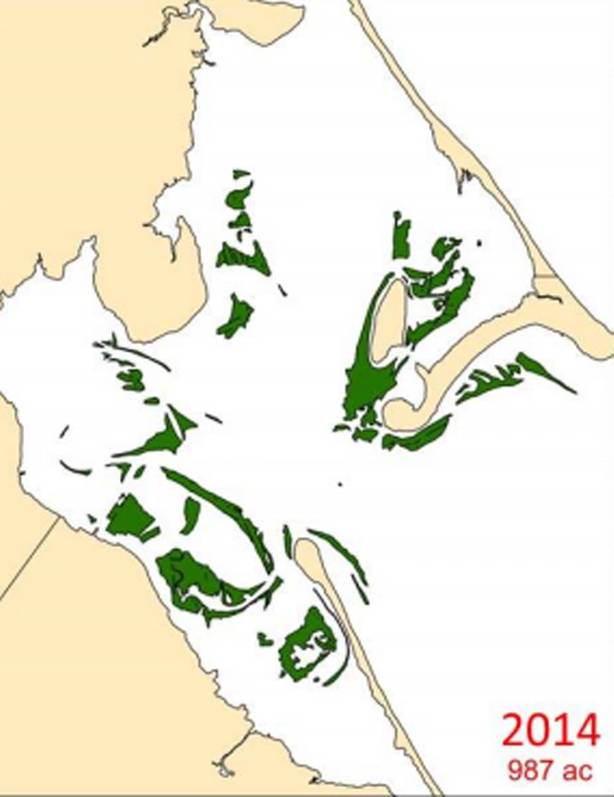