Peter Lovie’s Chronology of the FPSO’s difficult struggle to viability in the U.S. Gulf of Mexico is a fascinating journey through time and the oil industry itself. 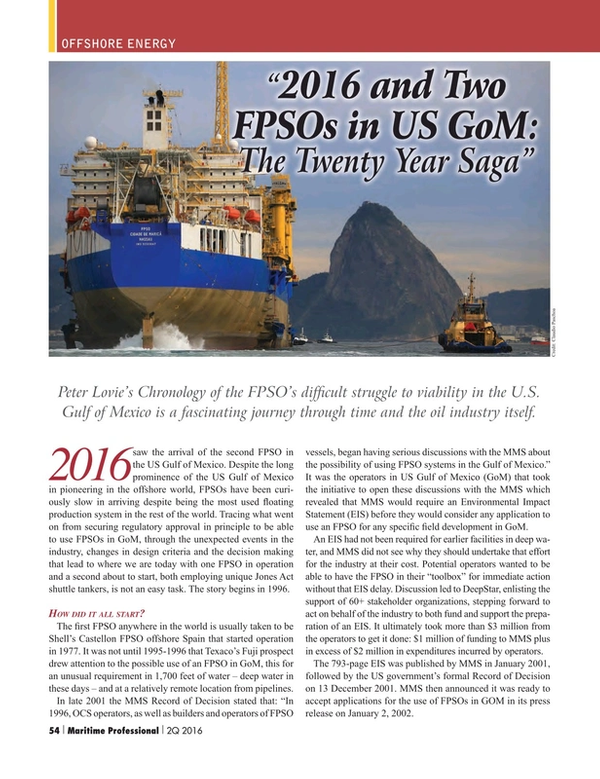 Read 2016 and Two FPSOs in US GoM: The 20 Year Saga in Pdf, Flash or Html5 edition of Q2 2016 Maritime Logistics Professional