The 2007 Act: Highways to Waterways

The Energy Independence and Security Act of 2007 (the 2007 Act) authorized a Short Sea Transportation (SST) Program. As passed by the House, the legislation would have authorized $2 billion for the Maritime Administration (MARAD) Title XI Program and have extended the Capital Construction Fund Program (CCF or Program) to shipyards and operators building and operating vessels in SST services nationwide. Mr. Oberstar and his Congressional co-sponsors were confident that with their proposals in place, the much-discussed use of U.S. waterways for the transportation of freight and passengers by water (“From Highways to Waterways”) would be underway. While retaining the SST terminology for MARAD CFR regulations, MARAD now more generally refers to the SST Program as the “America’s Marine Highway (AMH)” Program. 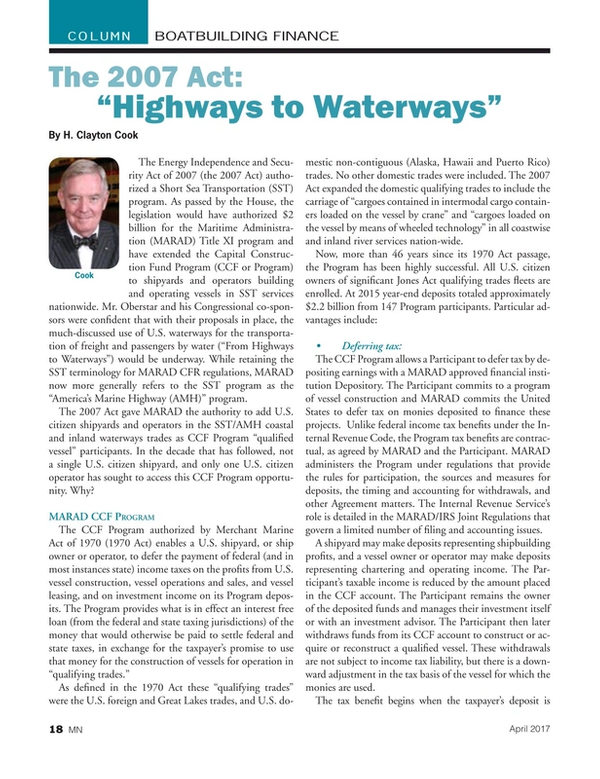 Read The 2007 Act: Highways to Waterways in Pdf, Flash or Html5 edition of April 2017 Marine News