Barry Dreyfus Jr., CEO of United States Marine Inc. (USMI), doesn’t keep the recipe to his company’s success a secret. In fact, it’s displayed plainly for all to see on the homepage of USMI’s website: family, integrity and quality. These have been cornerstones of the 36-year-old firm, today regarded as one of the nation’s premier military small craft builders.

Headquartered in Gulfport, Miss., with a maintenance/repair facility in Chesapeake, Va., USMI is a fully integrated manufacturer of military, patrol and special warfare boats available in lengths from 21 feet to 90 feet. The company is capable of designing, building, and testing all of its vessels in house.

USMI has been delivering to U.S. Department of Defense (DoD) and government/military customers from more than three decades with a track record that speaks for itself. “Quality is defined by the customer, and in the DoD world that is defined by a specification, scope of work and CDRLs [contract data requirements list],” Dreyfus says. “Our documented history of zero defects at the start and end of acceptance trials gives the government assurance we can deliver upon our obligations.” That’s quality. 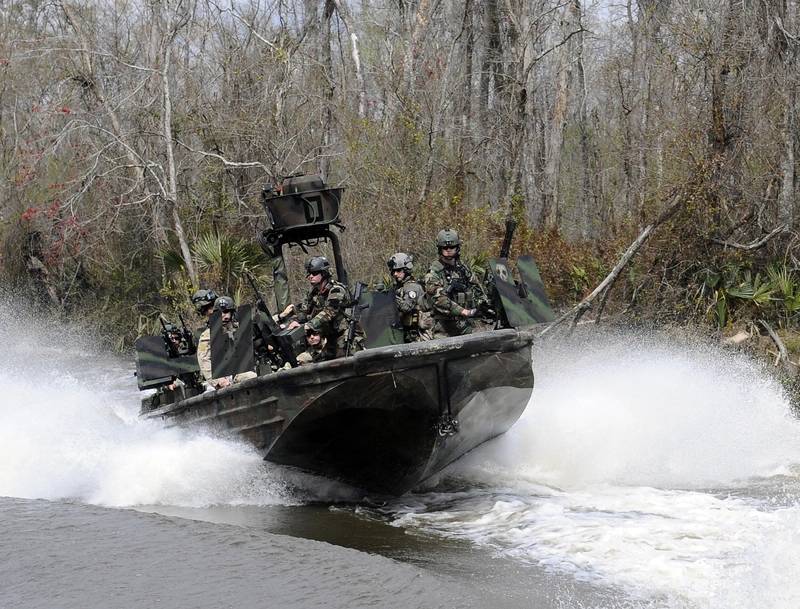 “The CCA is the success of collaboration of industry and government to form a truly innovative design for the battle space. The CCA can operate across the full spectrum of the military maritime environment including Visit Board Search and Seizure (VBSS) and maritime interdiction in hostile environments. The CCA takes advantage of USMI’s experience in advanced military composite construction techniques to create an unfair advantage for our customers,” Dreyfus says.

The CCA is also the fourth USMI-designed craft to be awarded the David Packard Excellence in Acquisition Award (including two from USSOCOM) over the last 25 years, Dreyfus says. The award recognizes organizations, groups and teams that have demonstrated exemplary innovation using best acquisition practices that achieve acquisition excellence in DoD.

“USMI has over 32 years of experience with DoD maritime operations. Agreeing on expectations by using this knowledge is essential.  We know attention to the contract specifications, drawings, statement of work and incorporated FAR [Federal Acquisition Regulation], DFAR [Defense Federal Acquisition Regulation Supplement] and special clauses prior to production commencing will allow everyone to be on the same page. This is very important as the program progresses, especially as complex as the craft are now.

“Bottom line, the collaboration between USMI and its customers reduces risk in many areas including cost,” Dreyfus says. “USMI is proud of the fact that our contracts rarely if ever experience cost growth for firm fixed price production craft. We would rather lose a contract competition than low ball it and request addition funding later on in the program.” That’s integrity.

“Integrity means doing right is more important than being right, as in should an issue arise in a program it is important to bring it to customer’s attention as soon as noticed, even if the fault lies in our court.”

U.S. Marines and Sailors ride in a rigid-hull inflatable boat during a visit, board, search and seizure exercise in the eastern Pacific Ocean. (U.S. Marine Corps photo by Matthew Teutsch)

Asked about recent trends in the construction of patrol and combat craft, Dreyfus says customers are putting more importance on the total ownership cost including fuel cost, maintainability, supportability and reliability. “Advances in technology are increasing the reliability and efficiencies of the systems on the vessels and allowing builders like USMI, who are capable of leveraging the capabilities of a wide variety of materials, to build a composite boat, and offer a product that is far superior.”

Boat building has come a long way in the past 40 years, and aluminum is no longer the only answer to building a high-speed mission capable craft, he says. “USMI uses what materials are best suited for the application, whether that is carbon fiber, aluminum, stainless steel or titanium. We leverage them all to provide a lower total ownership cost.”

Family
Perhaps the strongest of USMI’s core values is family. United States Marine Inc. was started by Barry’s father in 1984, and today the privately held company is majority-owned by current management (each with more than 25 years in the business). But Dreyfus takes the term “family business” to another level. “Our customers are part of our family, and we make sure our relationships are strong,” he says. “In our market, DoD, we have built upon our previous successful contract performances. We feel the best way to keep a customer is make sure we support them from start to finish. There are many businesses that say it, USMI does it.”

USMI also counts its employees as family, as evidenced by its response to COVID-19. “Because of the hard work of our congressional delegation in helping retain the work force, we gave out an extra pay check to all employees for their efforts and sacrifices,” Dreyfus says.

Like many of America’s shipbuilders, USMI is deemed essential to national security and has been able to remain in full production throughout the coronavirus pandemic. And again, like most, the shipyard had no set playbook to handle what would unfold. But that doesn’t mean USMI wasn’t ready. With diligent preparation and a family-like team effort mentality, the company has been able to successfully react to dynamic situations as they occurred.

USMI also holds weekly meetings to solicit employees’ input for improvements. “Together, USMI has been able to generate actions and alter those as needed during this crisis. We started screening entrance check points because of employee suggestions weeks before they became standard processes for most businesses. All work stations have sanitization available in abundant quantities, bathrooms are cleaned three times a day, doors are propped open so a person does not have to touch the handle, tools are disinfected and the list goes on and on.”

“Make no mistake, this event is a challenge for everyone. We are planning a long game strategy for the virus, but hoping it will end sooner,” Dreyfus says. “As my father, Tom Dreyfus, once said, ‘It is fourth down and you cannot punt.’ While these are tough times, USMI, like the United States of America, is resilient. In our 36-year history, we have been tested many times. USMI and our country will move forward, there is just no alternative.” 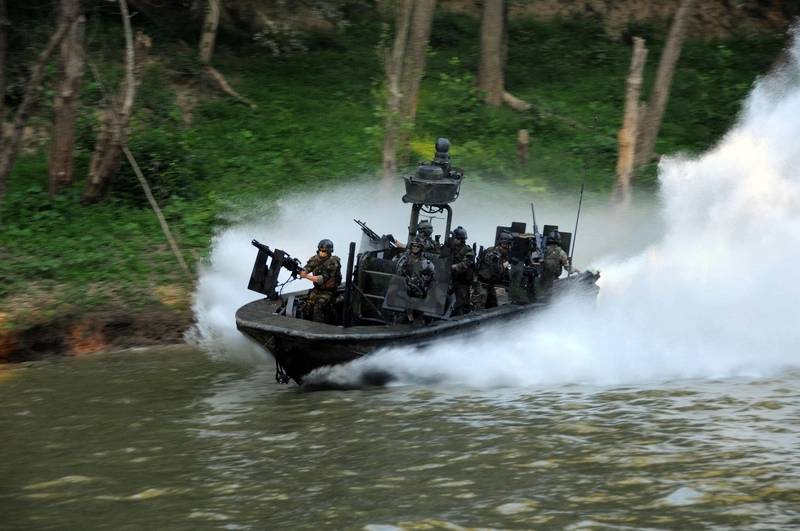 The current market for defense and other government boatbuilders is generally healthy, and Dreyfus says there are plenty of opportunities for growth at USMI. For example, the recent USSOCOM contract may lead to the creation of new jobs at the builder’s Gulfport site. In addition, the company is expanding its operations at its in Chesapeake facility, having recently added both engineering and outfitting personnel. Growth is on the agenda at USMI, “but not so much it will affect our ability to deliver a quality product on time and within budget to our customers,” Dreyfus says.

“USMI’s greatest opportunities in the future will depend on our performance today. . .  We concentrate on delivering on our commitments. We see growth in foreign military sales, as the DOD continues to push for commonality of weapon systems amongst our allies.”  Dreyfus says. “Our strategic relationships on the West Coast and overseas continue to benefit our existing customer base.”

“As of today, with the hard work of the last few years, USMI has achieved a level of backlog that is sufficient to keep our family together for years to come.” 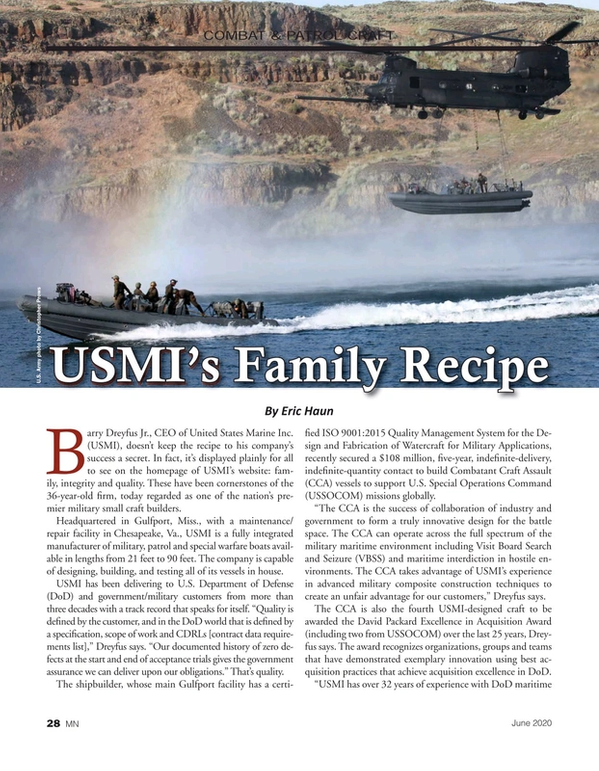