A contract has been signed for $15,000,000 with the Arabian American Oil Company to dig an access channel at Ju-Aymah, Saudi Arabia, in conjunction with the multibillion-dollar national gas collection system being constructed by Aramco, he said.

Ju-Aymah is located in the Arabian Gulf adjacent to Dammam, where Great Lakes has been working for over one year as part of an international joint venture.

In addition, the Chicago-based company has been working on construction of the new port of Jebel Ali, Dubai, United Arab Emirates, since early 1977. The newly announced agreement increases the company's revenues in the Jebel Ali area approximately $65 million, Mr. Downs pointed out. 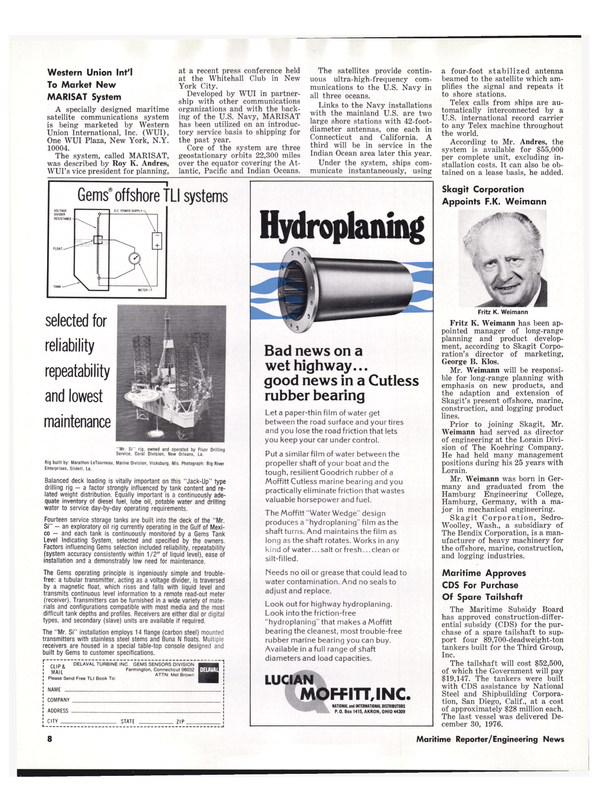