LEEVAC Shipyards, a division of Morgan City-based LEEVAC Corporation, has announced it has developed a World Class Tug/Supply Vessel in conjunction with a Norwegian design team.

The 70-year-old Jennings, La., shipyard has taken a giant leap ahead by answering the need for a vessel designed to withstand even the roughest environments throughout the world. As a joint effort with Maritime Engineering of Oslo, Norway, LEEVAC has developed a vessel that meets the needs for crew comfort, rig support, supply and movement capabilities — in the toughest of conditions.

This new vessel, named the ME 500, "is even more performance- oriented than the top of the line Gulf Coast-designed vessel," according to Bob Burlet, marketing director, LEEVAC Shipyards.

"Our goal was to develop a vessel that would be the ultimate in seaworthiness," Mr. Burlet explained.

Maritime Engineering, an internationally known marine vessel designer, was contacted and agreed to a joint venture utilizing an already proven Maritime Engineering design. LEEVAC then turned to both boat operators and major oil companies and posed the question: "Would you be interested in an Americanbuilt Norwegian design? Their response was an emphatic 'Yes'," said Mr. Burlet.

"Everyone was quite helpful in giving us an idea of what they did and didn't want in a World Class vessel. We've tried to incorporate all of their suggestions into the 500." One of the major advantages of the 500 that sets it apart from a Gulf Coast-designed boat is its 21-foot depth, allowing for greater freeboard, higher carrying capacities, and larger propellers.

Another advantage is the 500's bollard pull — a feature of special interest to the companies LEEVAC approached.

"Even with all of its built-in features, the cost of a 500 should be quite competitive," said Mr.

Burlet. "This is due in part to our utilization of cost-efficient American machinery and construction methods, and the use of an existing, proven design.

"While many shipyards and design firms are currently starting from scratch to develop or modify designs for international use, we've started at the top.

We have taken the design of an internationally known and respected Norwegian designer and have engineered it to be classed under American flag." Other member divisions of LEEVAC Corporation are LEEVAC Petroleum and LEEVAC Marine Transportation who, along with LEEVAC Shipyards, provide a comprehensive and integrated system of products and services. LEEVAC Marine Transportation is involved in the bunkering, lightering and transportation of petroleum products. LEEVAC Petroleum provides diesel fuels, lubricants and supplies for rigs and vessels. LEEVAC Shipyards offers design, construction, and repair of boats, barges, and offshore quarters. 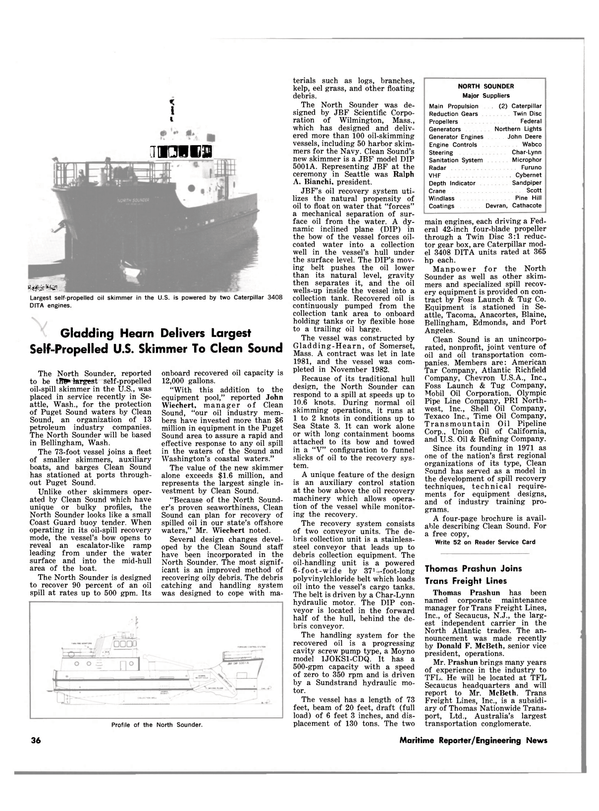