Washington-based Tracy R. Zea advocates for Waterways Council, Inc. (WCI) goals for authorizations and appropriations which support a modern, efficient, and reliable inland waterways transportation system. Zea also works to enhance WCI’s stakeholder relationship with the U.S. Army Corps of Engineers while additionally tracking implementation of WRRDA legislation and ensuring that WCI’s views are reflected in the outcomes. Before joining WCI, Zea served on the House Committee on Transportation and Infrastructure (T&I) for five years. During his time on the Committee, he assisted in legislation related to the Federal Aviation Administration reauthorization, Map-21 highway reauthorization, and played an integral part in the enactment of the Water Resources Reform and Development Act (WRRDA) of 2014. Prior to joining the T&I Committee, he worked for Senator John Thune (R-SD). Armed with a Bachelor of Science degree in Political Science earned from from South Dakota State University, Zea knows his way around any transportation issue and has already hit the ground running at WCI. MarineNews caught up with him just after assuming his new role inside the Beltway. Listen in this month for his ‘SITREP’ on all things ‘inland.’

You previously worked on the Committee on Transportation and Infrastructure at the United States House of Representatives. What was the best and most important ‘take away’ from that job? Why?
I believe my time on the Committee on Transportation and Infrastructure, Subcommittee on Water Resources and Environment prepared me for my current role. During that time, I developed a keen understanding of what the Corps of Engineers does in its Civil Works mission, learned their authorities, along with the principles and guidelines from which the Corps operates. The best and most important take away from my time on the Transportation and Infrastructure Committee is being an integral part of the Water Resources Reform and Development Act (WRRDA) of 2014. WRRDA 2014 represents the most policy and reform focused bill since WRDA 1986. My understanding of the new policies and reforms, along with the new authorization process, will benefit the members of WCI not only during WRRDA implementation, but for years to come.

It has been a busy two years for inland waterways: a new WRRDA bill, and the industry backed fuel tax to support infrastructure improvements among the highlights for waterways users. List a few other important milestones for us.
Recent highlights include the cost-share for Olmsted Lock and Dam being changed from 50 percent Inland Waterways Trust Fund/50 percent General Fund to 15 percent Inland Waterways Trust Fund/ 85 percent General Fund. This will free more Trust Fund dollars to be spent on other lock and dam improvement projects, which should help reduce the growing backlog of projects. The Capital Projects Prioritization list by the Secretary of the Army is set to come due any day now, and should hopefully look very much as envisioned in the Capital Projects Business Model or Capital Development Plan as it is widely known.

Federal funding for dredging operations sometimes is queued as a function of tonnage on the waterway. But, some potentially valuable waterways – the AIWA, for example – don’t currently have the tonnage because they don’t have the draft. It’s a chicken and egg thing. What can be done?
Tonnage is usually the best reflection of how busy a certain corridor of a waterway is, but depending on the time of the year, it can drastically fluctuate. For instance, the Upper Mississippi River is busiest during the fall harvest season, so the spring and summer months may be lighter in tonnage. But does this mean we should not maintain the river to its authorized depths during non-harvest months? The AIWA is an interesting example because they pay into the Inland Waterways Trust Fund but are operated and maintained from the Harbor Maintenance Trust Fund. This makes competition for Operations and Maintenance funding for dredging extremely difficult to receive. The Corps has a hard time justifying providing valuable dollars to the AIWA which is primarily used for recreation instead of commercial navigation, when the Corps currently cannot maintain all of the nation’s ports.

You arrive at WCI as the new Director of Government Relations at a busy time for inland stakeholders. That said; what is your number one priority at this moment? Why?
WCI’s number one priority is to make sure the inland waterways system receives the proper and efficient, necessary funding. The average age of a U.S. lock and dam is 59.1 years, meaning the majority of locks and dams are outdated and need to undergo major rehabilitation. WRRDA 2014 was a major success for inland waterways users from the standpoint of receiving authorization, but just because the project or program receives authorization doesn’t mean it will result in appropriated dollars. It is WCI’s mission to advocate for inland waterways users to ensure the system is properly funded and operational at all times for the transportation of our nation’s freight.

Would inland users be better served to diversify now in order to avoid the full impact of the loss of coal as a viable freight income source?
Some shippers are already doing this, and have been for some time. The modernization of the Panama Canal may open new markets for export coal.

In theory, the easing of coal volumes ought to make the movement of grain and other bulk commodities a bit easier on crowded, busy waterways. Is there enough capacity on the rivers today to satisfy the needs of Midwest farmers moving their product to international markets?
There is actually excess capacity on our nation’s inland waterways to satisfy the needs of all of the shippers who utilize this mode. The U.S. Department of Transportation projects 1.1 billion tons of increased freight will move on the inland waterways by 2040, so this capacity is there and ready. The infrastructure just needs to keep pace with what’s to come and we are seeing the trend for higher funding levels on the upswing, where it needs to be and continue.

What sort of role do you see for inland barge operators for future intermodal / container movements? Is this a niche ‘play’ or, will it develop to ease the burden off highways and rail? More importantly, could & should it be a viable source of freight commerce on the inland rivers? Where can WCI help in that regard?
Container on barge is an area that some in the industry have tested and are continuing to test in certain markets. While it seems an easy prospect from the outside, there are issues of necessary equipment and port access for this kind of service, so testing will continue and it could certainly become a future niche market that could, indeed, ease congestion on other modes.

WCI supports increasing the budget for inland waterways Operations and Maintenance (O&M) by around $300 million. What kind of chance do we have to make that happen? And, hasn’t the increased fuel tax already solved much of that shortfall?
I believe that there is a very good chance that we can see an increase in the O&M budget by $300 million. The fact is that the money is in the Harbor Maintenance Trust Fund but not being spent on its intended purposes; instead the money is funding other programs within the Energy and Water Appropriations bill. The increase in the fuel tax is intended to fund capital investment, not O&M.

WCI says that “it will vigorously advocate for these annual appropriations” to realize the goal of completing the modernization of our inland waterways transportation system as contained in the new WRRDA bill. But, doesn’t the bill specify that that these things HAVE to be done? Clarify that for our readers.
WRRDA is a policy-based bill. Appropriations fund the policies in those bills and they must be sought each year, so WCI’s mission is to advocate for the most efficient levels year after year.

The fourth “R” – [rivers], along with the better known big three – runways, roads and rail – is getting a bit more attention these days. But, is it enough? What can WCI and you do in the halls of Congress to make the health of the fourth “R” move along just a little bit quicker?
I believe that the fourth “R” is finally receiving much more attention due to Chairman Bill Shuster of the House Committee on Transportation and Infrastructure, then-Chairwoman Barbara Boxer and then-Ranking Member David Vitter of the Senate Environment and Public Works Committee, who made getting WRRDA enacted their top priority of the 113th Congress. In WRRDA 2014, section 1052, there was a commitment from the House and Senate to consider a WRDA bill every Congress. With such a high turnover rate in Congress, the best thing that WCI can do is to continue to help Members and staff to understand the importance of our nation’s rivers to the transportation supply chain.  Continuing to educate Congress and staff who were not here during the last WRDA/WRRDA is critically important.

What important issue or talking point (if any) have we missed in this dialogue? Why is it important? What is being done about it?
With shrinking budgets, the Corps and the federal government need to look toward multi-purpose programs. One such example is the Navigation Ecosystem Sustainability Program (NESP). Authorized in WRDA 2007 but not yet under construction, NESP is an unprecedented, multi-purpose authority allowing the U.S. Army Corps of Engineers to integrate management of the Upper Mississippi River System’s infrastructure with ecosystem improvements. The program includes construction of seven modern 1,200-foot navigation locks at the most congested lock locations (Locks and Dams 20, 21, 22, 24 and 25 on the Upper Mississippi River, and La Grange and Peoria Locks on the Illinois Waterway). Congress further authorized smaller-scale navigation efficiency improvements. NESP’s authorization includes $1.948 billion for the new locks and $256 million for the small-scale efficiency measures; $1.717 billion was authorized for a 15-year ecosystem restoration program and $10.42 million annually for its monitoring. The unique NESP program facilitates both a healthier economy and river ecosystem. It will create and support tens of millions of job-hours for skilled construction trades, as well as expand and sustain jobs at grain elevators, manufacturing facilities, ports and terminals, and within the tourism sector. By modernizing navigation capacity, NESP will increase the economic potential of the American farmer and bolster the positive trade balance in the agriculture sector. By also investing in our marine ecosystems, job opportunities can be created for habitat managers, water quality scientists, and aquatic restoration specialists. In fact, approximately 300 jobs can be derived from PED funding, with potentially 6,000 jobs from a $200 million construction appropriation. Recently, 67 organizations that support the NESP program signed a letter to Key Members of Congress to urge an FY ‘16 appropriation of Pre-Engineering Design (PED) funding ($10 million) for this important program. 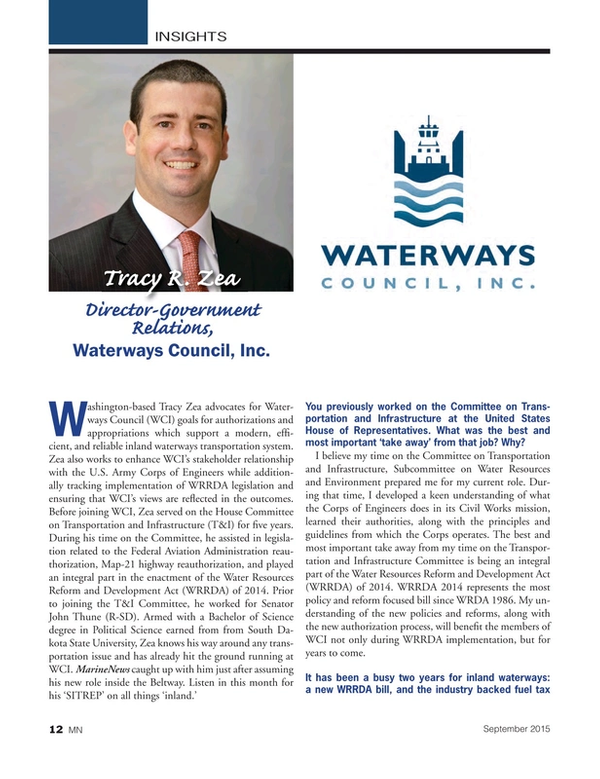