US Boatbuilding: Sink or Swim

Navigating interesting times has the nation’s shipbuilding industry searching in unusual places. The answers could be blowing in the wind. 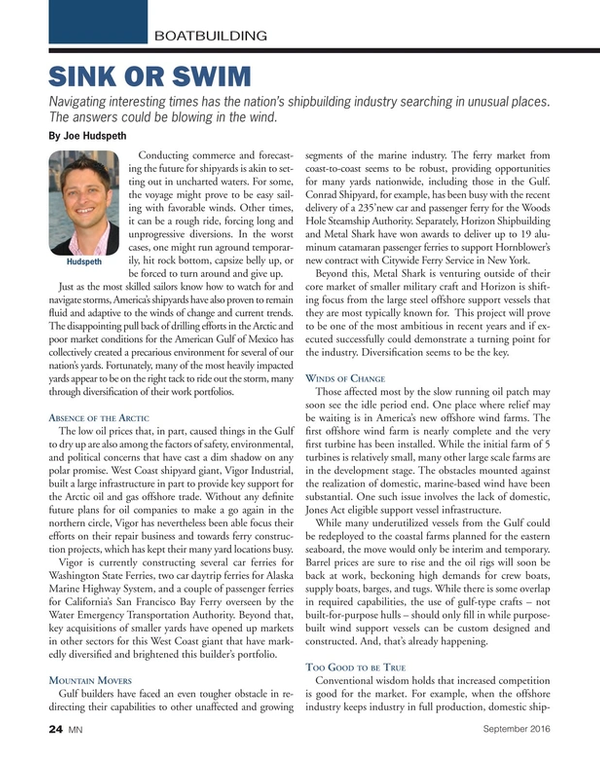 Read US Boatbuilding: Sink or Swim in Pdf, Flash or Html5 edition of September 2016 Marine News