P3: An alternative to tolls or lockage fees in public-private partnerships for inland waterways. 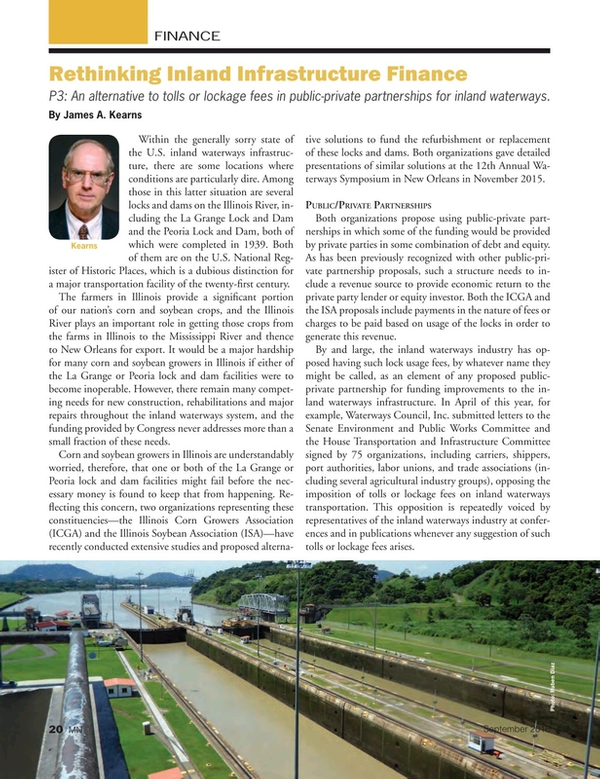