Innovative boats, unusual collaboration: Hornblower, Horizon, Incat and Metal Shark team up on one of the most significant newbuilding projects of the year. 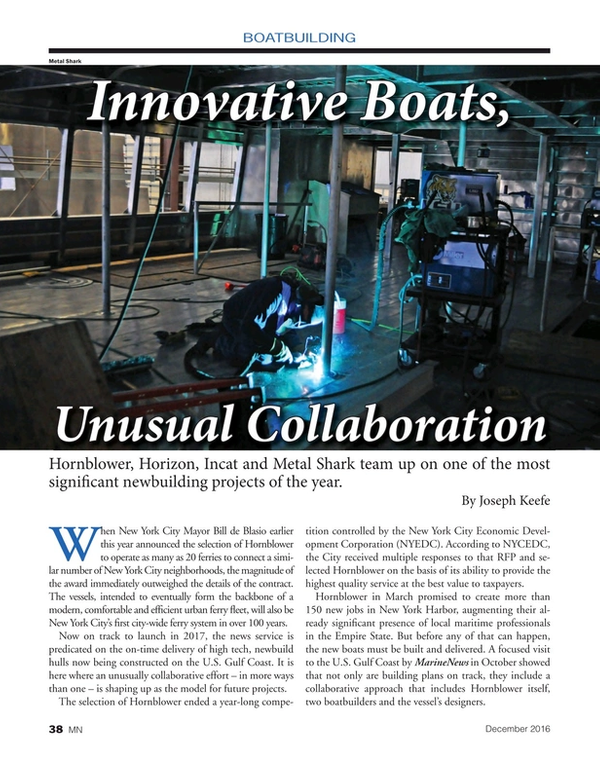