Grooving the Way: Back to the Future

Anything but new, the Victaulic method of pipe-joining has been around for a long time. Armed with myriad type approvals from most IACS groups, Victaulic’s output will no doubt (and soon) form a part of your marine equipment for a long time to come. 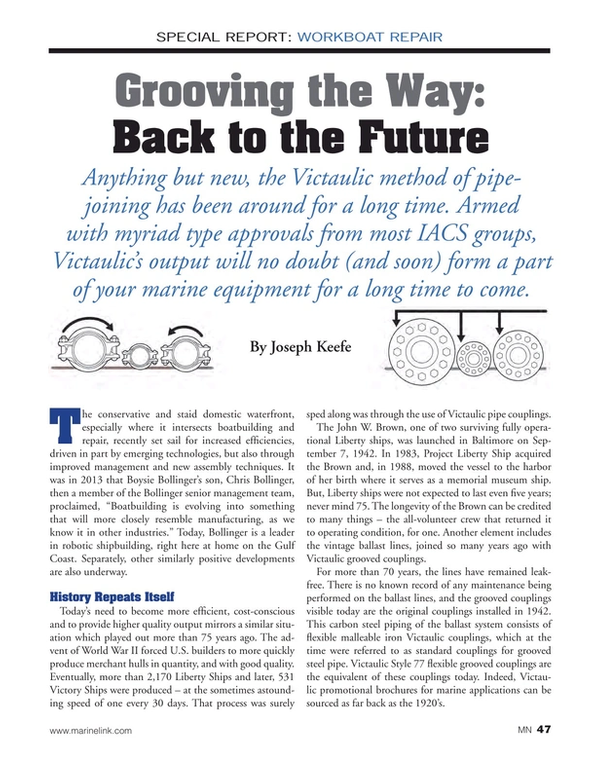 Read Grooving the Way: Back to the Future in Pdf, Flash or Html5 edition of July 2017 Marine News