For Payroll Purposes, is Your Seaman Really a Seaman?

For operational purposes, it is critical to know what type of employees you have on your vessel. Failure to do so could be expensive. 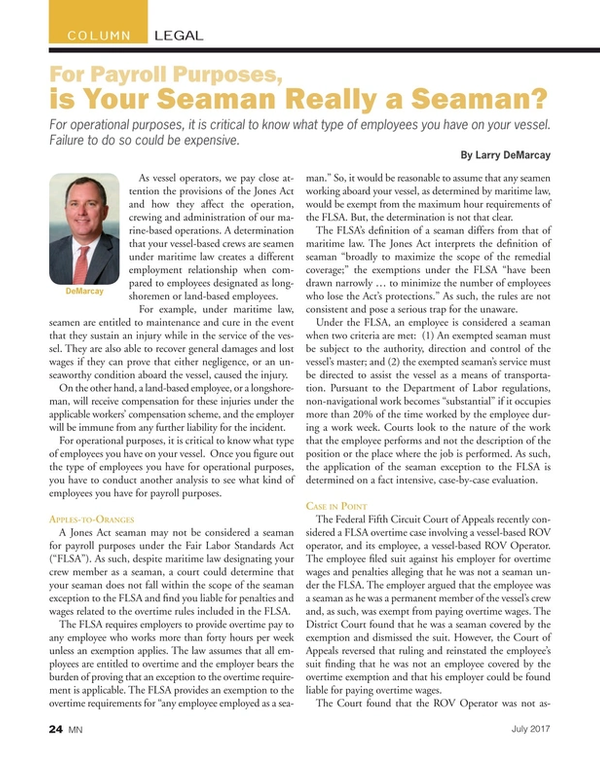 Read For Payroll Purposes, is Your Seaman Really a Seaman? in Pdf, Flash or Html5 edition of July 2017 Marine News