In his new post, he will report to Robert Galloway, executive vice president, and will have ultimate responsibility for the overall success of the c o n t a i n e r s h i p construction program within the framework of company policies and procedures. To this end, he will coordinate and direct the execution of all matters concerning the program so that it meets the budget and delivery schedule.

Terms of the contract call for delivery of the 720-foot containership by January 1980.

Mr. Martinson is a graduate of Webb Institute of Naval Architecture, with a B.S. degree in naval architecture and marine engineering.

He held a number of engineering and naval architectural posts in 17 years with the Dravo Corporation in Pittsburgh, Pa., and was chief marine engineer of the Engineering Works Division when he left the company in 1970. He was then general manager of Matton Shipyard Co., Inc. of Cohoes, N.Y., before coming to Sun Ship in July 1971 as chief of the Machinery Technical Section. In August 1973, he was named a general superintendent and in 1976, he was appointed project manager for Industrial Products.

He is a World War II veteran, having served 2y2 years in the U.S. Coast Guard. 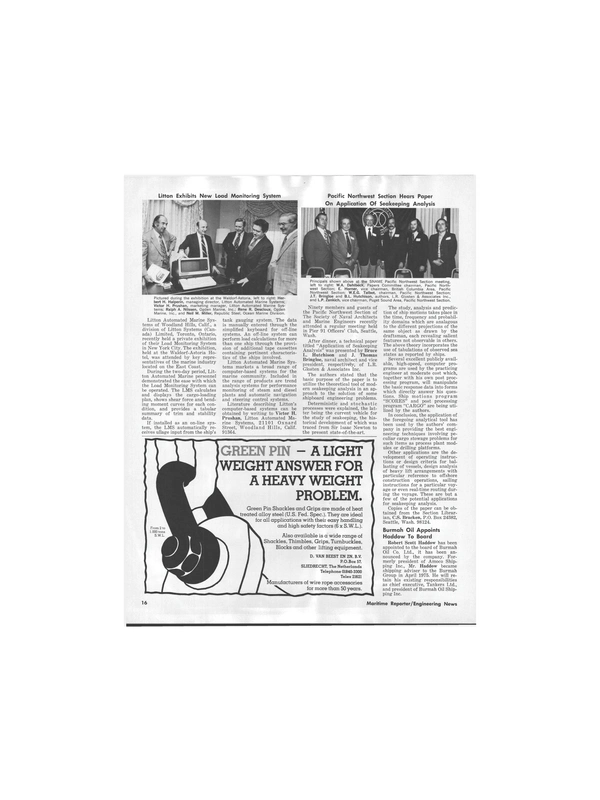