Joseph D. Deal Jr., president of Tracor Marine, Inc., Fort Lauderdale, Fla., has announced the addition of two new members to his management staff at the Port Everglades facility. Hermann H. Haferkamp has been named general manager of the Shipyard Division, and John D. Klockow is now director of administration.

Prior to joining Tracor Marine as shipyard general manager, Mr. Haferkamp served as assistant general superintendent of the Bethlehem Steel Shipyard in Baltimore, Md. He served with Bethlehem for more than 20 years in various capacities at their ship repair facilities in San Francisco, Beaumont, and Sparrows Point. In this new position, Mr. Haferkamp will oversee the management of all facets of the Tracor Marine full-service shipyard for the drydocking, overhaul, repair, and maintenance of commercial and military vessels.

Mr. Klockow, in his new position as director of administration at Tracor Marine, will be responsible for contract administration and will direct the activities of the materials management department, including the purchasing functions. Following his retirement from the U.S. Navy as a commissioned officer, Mr.

Klockow worked with J.J. Henry Company in Portsmouth, Va., and the HBH Company as a subcontract administrator prior to joining Tracor Marine.

In addition to the shipyard facility at Port Everglades, Tracor Marine's Ocean Technology/ Engineering Division also operates from this location, providing its marine oriented services to industry and government. Among the capabilities offered by the oceanographers, naval architects, and engineers of this division are marine design and engineering, including complete installation of underwater systems, detailed marine and hydrographic surveys, program management, and cable laying. 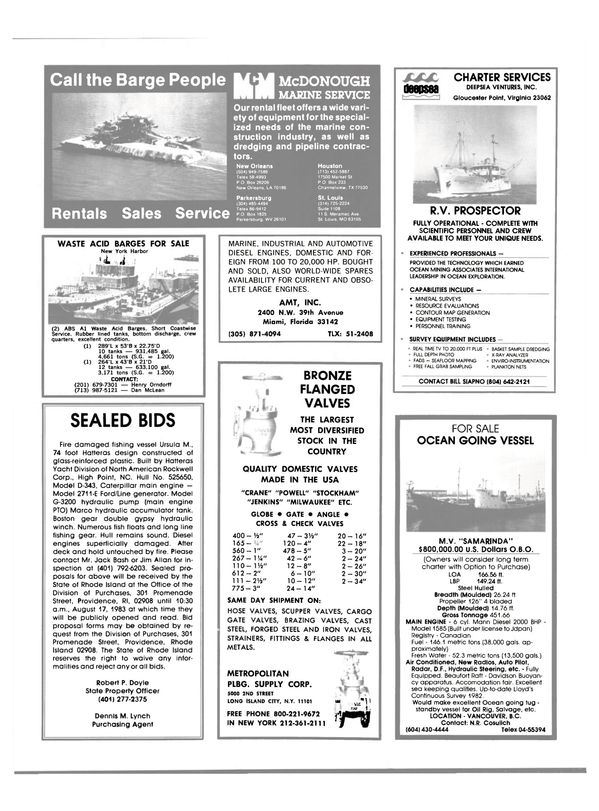