The Colonel can serve 500 for dinner, and is equipped with catering facilities, bars, bandstands, and dance floors. Her two main salons, the Galveston Room and the Texas Room, each seat 250 diners and can host separate parties. Large windows afford passengers unobstructed views while allowing more passengers to use them. She also has a large, open promenade deck at the upper level.

The Colonel has a beam of 40 feet and depth of 8 feet 6 inches. She is powered by two Caterpillar 3408 diesels, each developing 365 bhp at 1,800 rpm. They drive five-bladed, stainless steel propellers via Caterpillar 7221 reverse/reduction gears.

The new sternwheeler is named after W.L. Moody Sr., a Confederate colonel during the Civil War, who founded several enterprises including banks and a cotton company in Galveston. 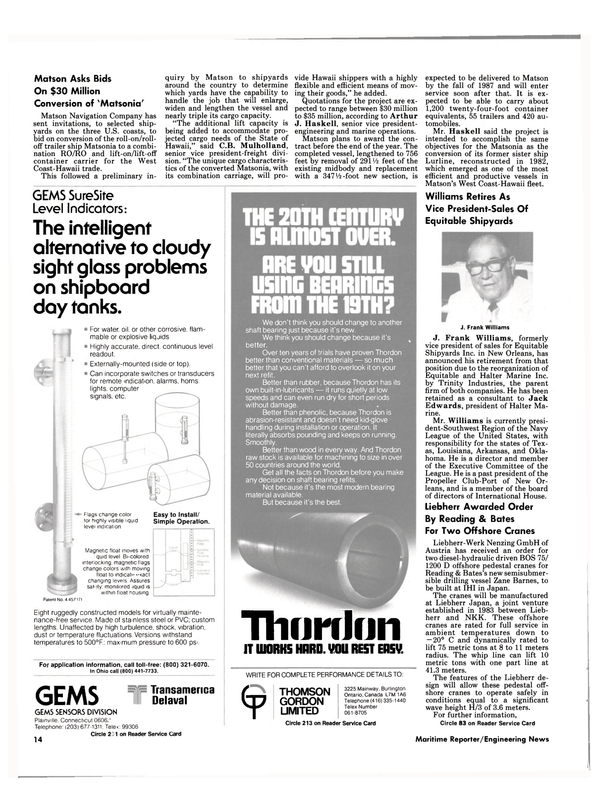